Don't Bogart That Fume, My Friend: By Kilian's Smoke for the Soul 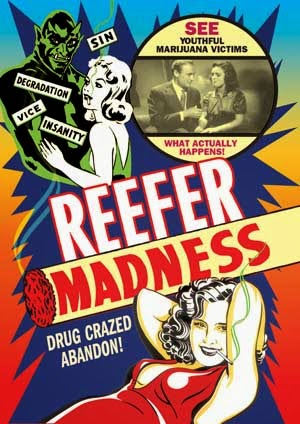 Would weed by any other name smell as pungent? After rounding off his Asian Tales collection with an uncharacteristically figurative Imperial Tea, Kilian Hennessy offers another type of hyperrealistic “tea” with Smoke for the Soul, as part of his Addictive State of Mind trilogy. The cannabis accord is not directly mentioned but constantly alluded to in the ad copy: when the first whiff bops you in the nose, it’s hard not to lapse into reefer madness (fits of the giggles included, munchies optional).

Spritzing on Smoke for the Soul might not quite be advisable for job interviews, border crossings or family reunions – but then again, “I swear, officer, it’s my cologne” could be a defense strategy. That said, I wonder whether the pot could be that easily sniffed you if you smelled the scent without being aware of its inspiration.

In fact, far from being a novelty fume, Smoke for the Soul fully stands up on its own as a fine fragrance. Like the better-structured gourmands, which cull desserts from the menu to shift them onto the structure of classic fragrance families – Prada Candy is a twist on Shalimar; Serge Lutens Rahät Loukoum ultimately derives from L’Heure Bleue –, Smoke for the Soul is based on the aromatic chypre.

Though Kilian Hennessy denies it was Fabrice Pellegrin’s intention, the scent’s unrelenting bitterness feels like Bandit with the flowers ripped out; it nods towards the mugwort and castoreum-laced Van Cleef & Arpels pour Homme (the one in the black Art Deco bottle), Estée Lauder’s original Azurée (or its masculine forerunner Aramis).

Bitterness is an intriguing area of the olfactory map that few fragrances explore. Smoke for the Soul draws it from grapefruit and matches it with similarly butch notes: eucalyptus (camphoraceous), thyme (aromatic) and birch tar (smoky resinous). This witty twist on the very etymology of perfume (per fumare, through smoke) is sufficiently original for a major, must-respected perfumer to have been spotted buying a full bottle in a Parisian department store…