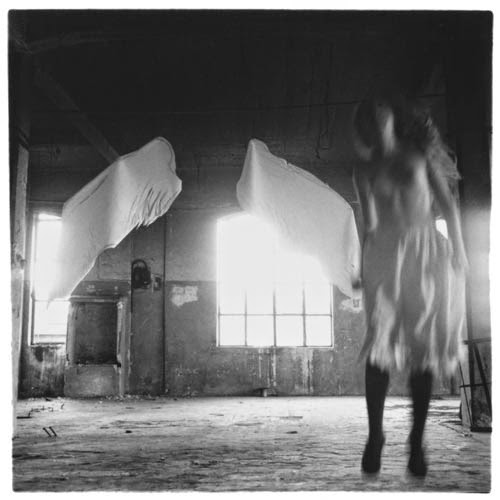 The style is the man. In his Diary of a Nose, Jean-Claude Ellena wrote that he always tried to leave some space between the notes of his compositions, and he approaches his writing in much the same way. His style hinges on subtraction, which makes it limpid (and therefore legible) yet elliptical (and thus, hermetic). All the more reason to read between the lines.

Style is a symptom. In talks, Ellena sometimes compares the way he’s reduced his palette to the fact that he is a one-woman man. But there are hints that this deliberate, oft-proclaimed self-restraint stems from a need (and a will) to contain an overwhelming sensuality. Ellena has also often repeated that his first strong olfactory emotion sprung from the sweat of the jasmine pickers he helped as a boy in Grasse, blending with the fragrance of the flowers (there may be a whiff of this in the cumin-laden Déclaration). When asked by people at Hermès whether he’d ever compose a scent inspired by this memory, he is said to have answered: “Never”.

The press presentation of Cuir d’Ange, the new addition to the Hermessence collection, seems to confirm this impression. The name and theme were drawn from the Provencal novelist Jean Giono, Ellena’s favorite writer, who writes this about his cobbler father in his memoirs Blue Boy:

I can never pass by a shoemaker's shop without thinking that my father still exists, somewhere beyond this world, sitting at a spirit table with his blue apron, his shoemaker's knife, his wax-ends, his awls, making shoes of angel leather for some thousand-legged god.

When he discovered Giono’s work at the age of thirty, Ellena says he was struck by the writer’s sensuality, and felt he had found a kindred spirit: “He acted on me like a mirror. I was no longer alone.”  Which is a bit surprising when you compare the perfumer’s famously concise, understated aesthetics with Giono’s intensely earthy prose, churning with smells, sensations and vivid metaphors. For instance, in Blue Boy, he remembers one of the three pressers who worked for his mother, Louisa, “smooth, sweet, and white like a sugar almond”, who used to walk him to school:

Every time a horse galloped past, or at every street cry, she drew me so close to her that my head touched her thigh. And each time I was astonished to feel beneath her skirts something big, warm, and moving. Could it be that under those skirts – always clean, beautifully made, fresh and flower-strewn like a hawthorn hedge – could it be that they were filled with some naked, purring creature?
(…) sometimes she hummed a little song all scented with her fragrance which bore us along as on a cloud.
A cloud!
It was a cloud that must have inhabited her skirts and not that warm creature I had never seen, that I would have loved to see, very much – at any rate without much fear – and which rustled softly beneath innocent Louisa…

Cuir d’Ange might well be that “warm creature” turned into a cloud: leather de-materialized, its animal nature redeemed. “The most beautiful leathers smell of flowers”, Ellena explained at the launch. After having nosed around the reserves of Hermès, he picked a pair of feather-light “angel skin” gloves, tanned with natural tannins – “violet, narcissus, iris, odors of sanctity”, Ellena writes – as a springboard for his interpretation of leather.

The point was, he explains, to steer away from the smoky-tarry cuir de Russie that came to signify leather in perfumery over the past century. The 2007 Kelly Calèche, Ellena’s first essay on the theme, exuded the vegetal moistness of his Jardins series. Though it draws from a similar bouquet, Cuir d’Ange, by contrast, has a fine-milled, fluffy-powdery texture. It is based on leather tanned with flowers, but not floral per se.  Even its muskiness feels more vegetal than animal – its soft, rosy-fruity booziness seems to hint at ambrette. There might be a dab of heliotrope – or perhaps that’s just the memory of Giono’s Louisa, with her “sugar-almond cheeks”…

It seems somehow fitting that a “poem” ten years in the making – i.e. ever since he was hired as the in-house nose of Hermès – would come out in 2014, just as Ellena’s successor Christine Nagel is joining him. Cuir d’Ange could just as well be a tribute to Hermès, the wing-footed messenger of the gods (the word “angel” means “messenger”), shod by Giono’s father in heaven…

Over the years, Jean-Claude Ellena’s style became so meticulously coded (with Voyage as its quintessence) that he sometimes came off as having painted himself into a corner. His recent work -- Eau de Narcisse Bleu, Bel Ami Vétiver, Terre d’Hermès Eau très fraiche… -- somehow feels more joyful and more relaxed. Cuir d’Ange goes one step beyond: it smells like none of his other fragrances. And though angels are said to be sexless, it radiates with femininity.