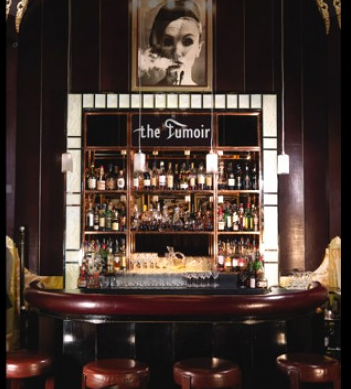 Arquiste’s second take on vanilla after Anima Dulcis, Architects Club, flies the pod out of Mexico City to land it in the Fumoir of the Claridge’s in London – an Art Deco time machine tucked behind a door designed by René Lalique.

The former explored it as a New World ingredient “discovered”, along with cocoa and chili, by the Spanish nuns who invented Mexican cuisine. Re-smelling recently, I zeroed in on a surprising twist: a spicy Prunol-type accord that runs it through with a chypre structure derived from Femme. Inspired by Arquiste founder Carlos Huber’s cocktail of choice, Architects Club also features a coup de theatre.

Vanilla’s usual drinking partner is rum, which actually picks up its vanilla facet from the oak casks it’s aged in – Bertrand Duchaufour’s late, lamented Havana Vanille played on this affinity. Here, Yann Vasnier goes against the grain by getting it tipsy on dry martini. Both gin and vermouth are blends of several botanicals also used in perfumery. Juniper, angelica, lavender, clary sage, bitter orange, lemon, coriander, cardamom, nutmeg and orris root all feature in the formula of Architects Club, embroidering the scent with green aromatic beads that fizz when you pop them.

The dry martini accord picks up on the woodiness of vanilla but cuts through its sweetness and highlights its warmth through contrast, conjuring the icy burn of the cocktail. A lash of Ambermax, a rocket-fuel-strength ambery-woody synthetic with a cedar facet, stands in for its uncompromising dryness. As the fragrance develops, the martini evaporates, giving way to a smoky, breezy vanilla.

Architects Club has a good-time, midnight-in-the-afternoon party feel to it. At a 25% concentration, its effects are as potent and long-lasting as a dry martini’s – a couple of spritzes should see you through to closing time.