Speed-smelling: IFF cuts its noses loose (and a sample draw) 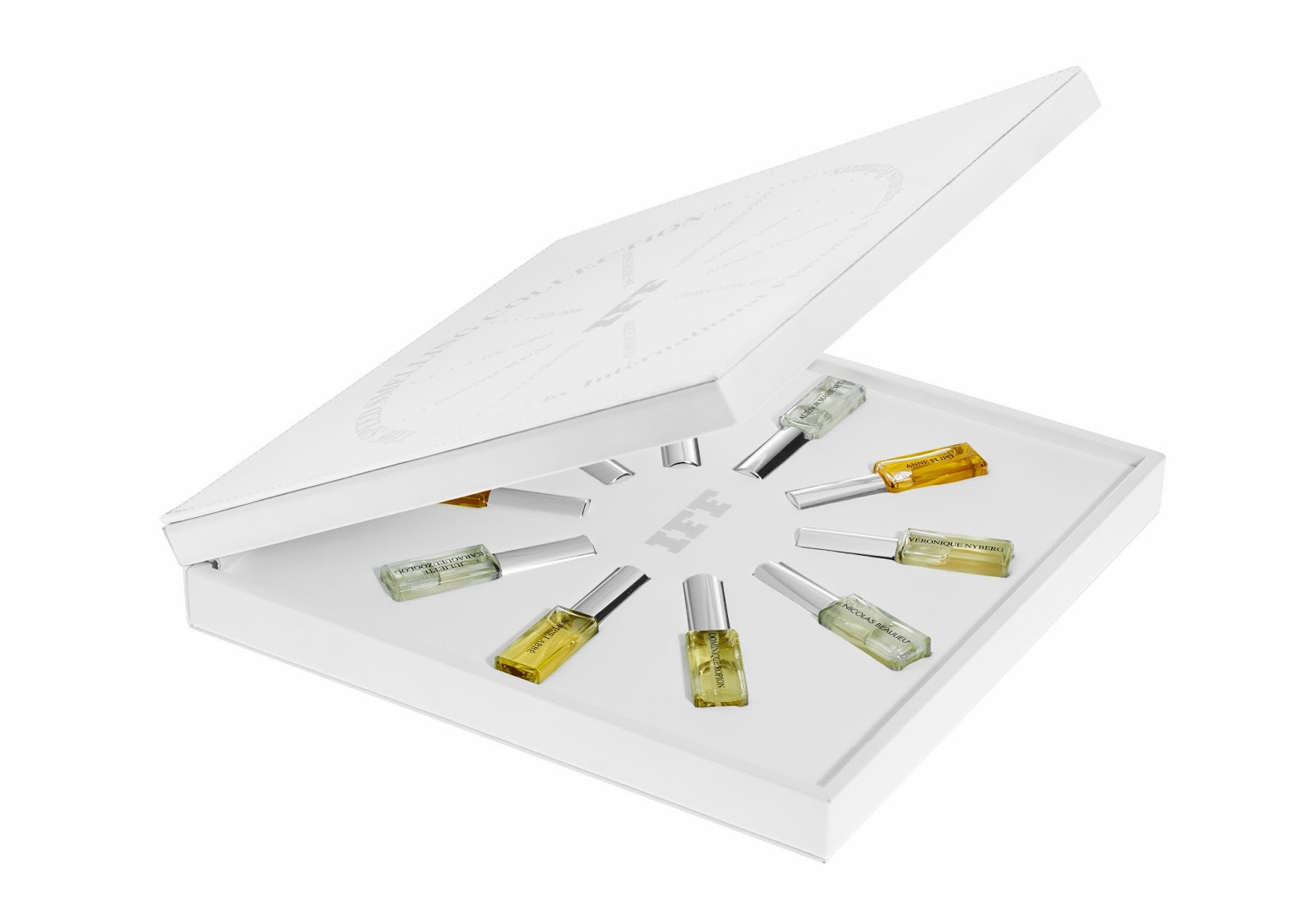 What do perfumers get up to when they’re left to their own devices?

There aren’t a million ways to find out. Since niche briefs might range from “So, anything you feel like working on?” to “Darling, do me an oud”, the default-setting artistic freedom pitch is no guarantee. Otherwise, unless you’re talking about indie noses, two options. Either the über-democratic Fragrance Republic, whose concept is bringing free-style compositions directly from lab to consumers. Or the ultra-exclusive sessions organized by Big Aroma, in which perfumers get to play with (and showcase) their companies’ best and newest materials. Some are built around a theme, for instance at Mane. Others make a point of cutting their noses loose.

Such is the case at IFF’s Speed-Smelling lunch, held in November 2013 at the American Embassy in Paris. It is the sole such event to be a formal, annual meeting with the press. And the only one to offer the public a chance to smell the compositions at leisure, via a limited-edition set sold at Colette in Paris.

So, what do IFF perfumers get up to when left to their own devices? As it turns out, their sources of inspiration don’t stray far from what you’d expect to find in niche perfumery. Most of these wouldn’t actually need much tweaking to be released, bearing in mind that most niche brands can’t commandeer a big-lab perfumer to develop a scent from scratch since the volume of the order wouldn’t justify the time they spend at it. 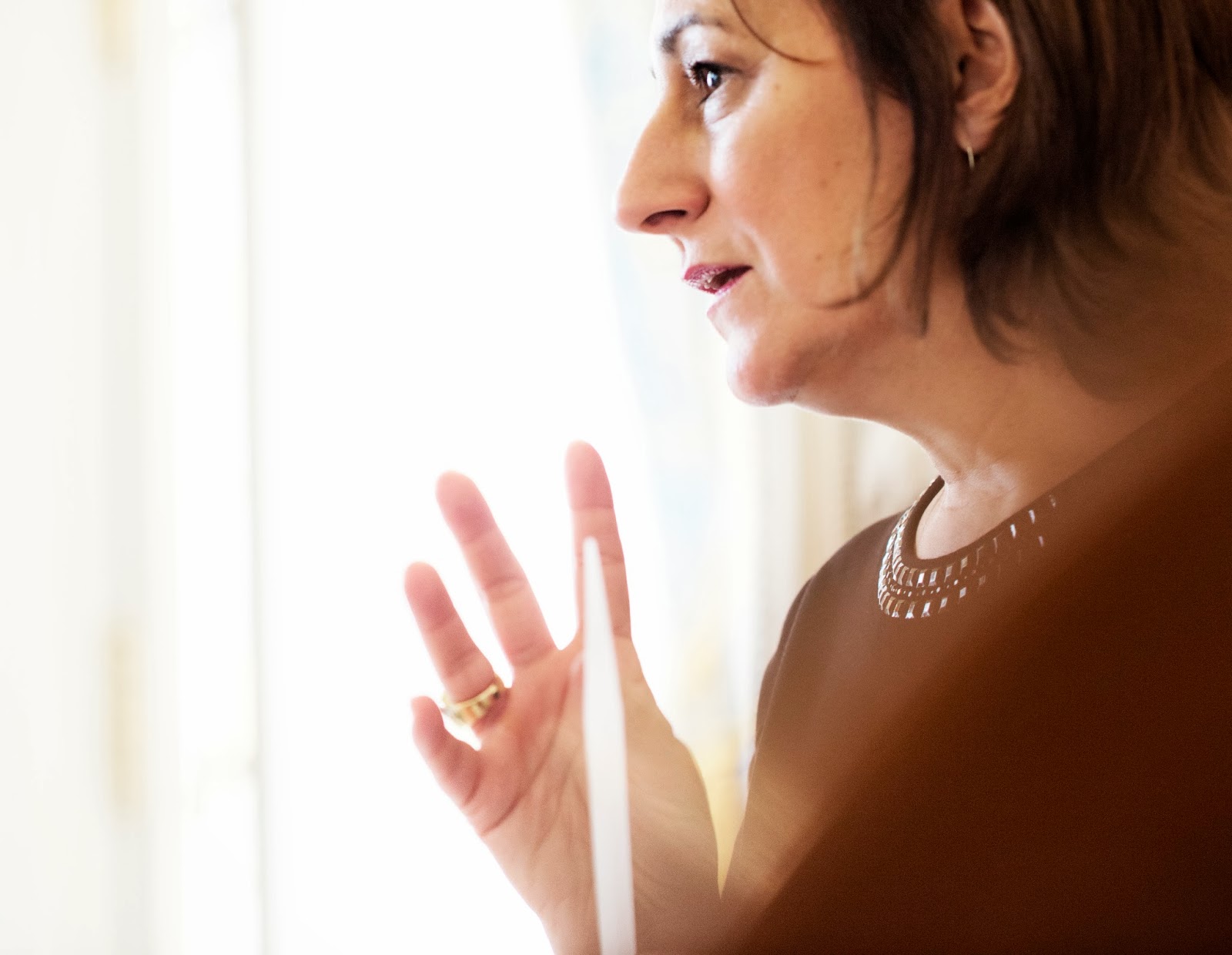 From her trip to Sri Lanka, Sophie Labbé brought memories of tea plantations, chili pepper, cardamom, ginger beer, coconut milk and steamed rice – she added a touch of civet for the elephants. This the type of olfactory travel journal L’Artisan Parfumeur used to be best at doing since they created the template… Hopefully someone will snap it up. 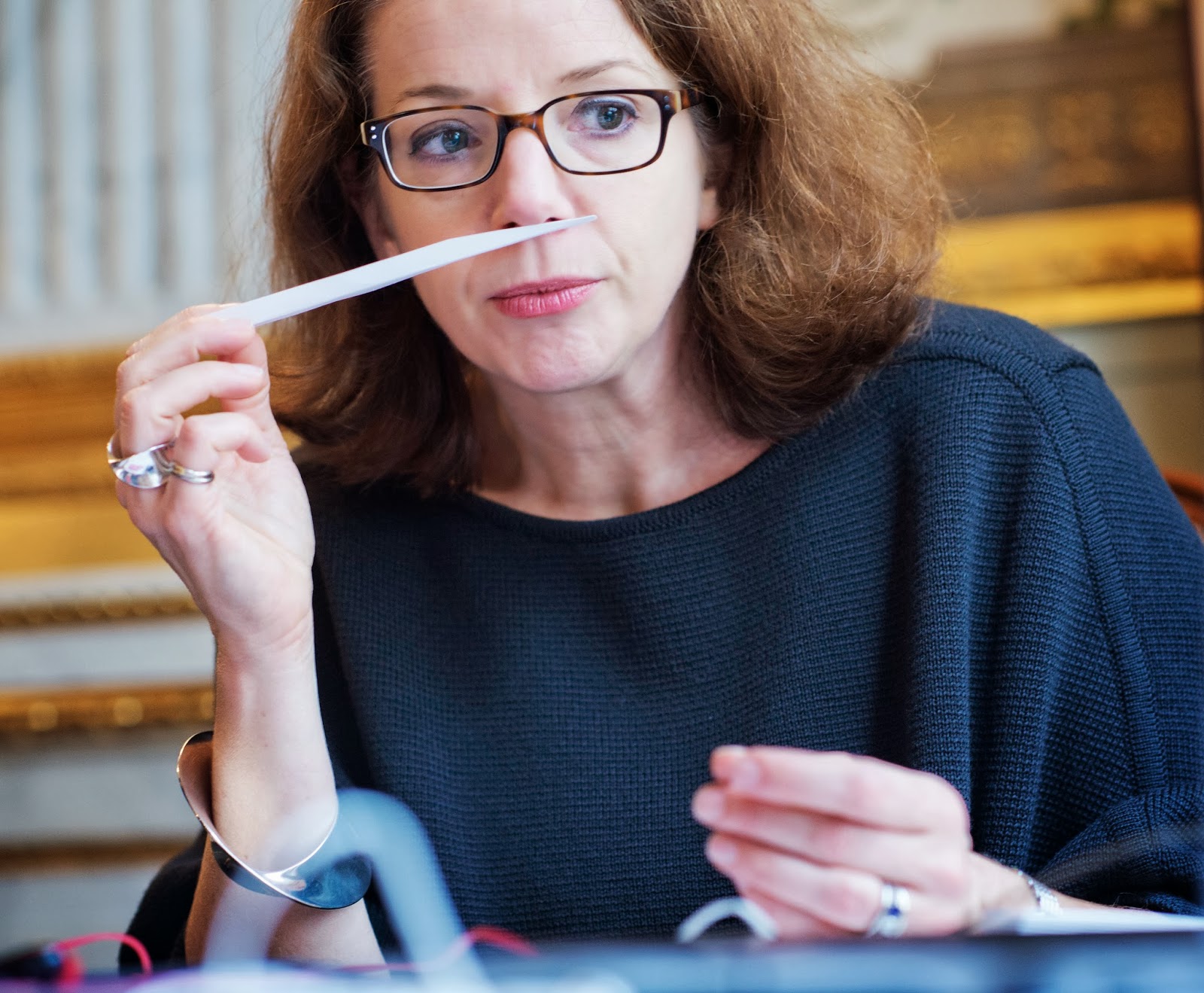 Domitille Bertier headed out for Turkey to harvest the roses of Isparta. The owner of the fields asked her to turn his flowers into a fragrance for his daughter. On a woody ambroxan base, Bertier used the amazing Rose Water Essential, an IFF captive by LMR in which the aromatic molecules lost in rose water during distillation are recaptured and added to the essential oil. No rose extract comes so close to the actual fragrance of the flower.

It is from the beauty rituals of India that Anne Flipo, one of IFF’s foremost white floral experts, drew her inspiration: to conjure the scent of attars and hair oils, she blended jasmine sambac absolute and Indian sandalwood. This is a quintessentially Flipo composition, airy, amiable and plush. 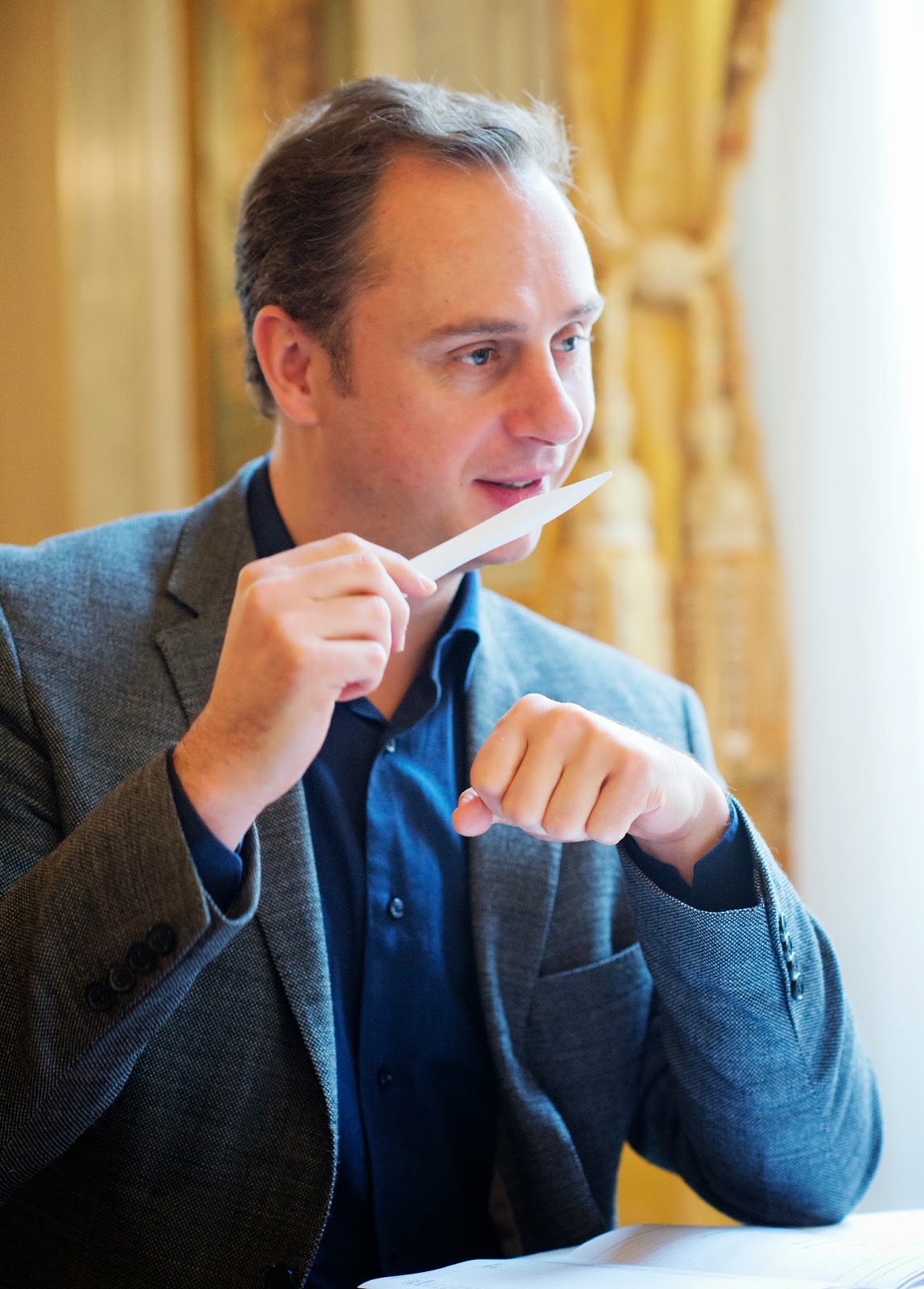 Jean-Christophe Hérault stayed closer to home. His “autumn sonata” is a cozy, guaiac-laden umber palette of smoky, balsamic and woody scents, drawing an olfactory picture of a fireplace with roasting chestnuts and mushrooms sprouting in the loamy forest. 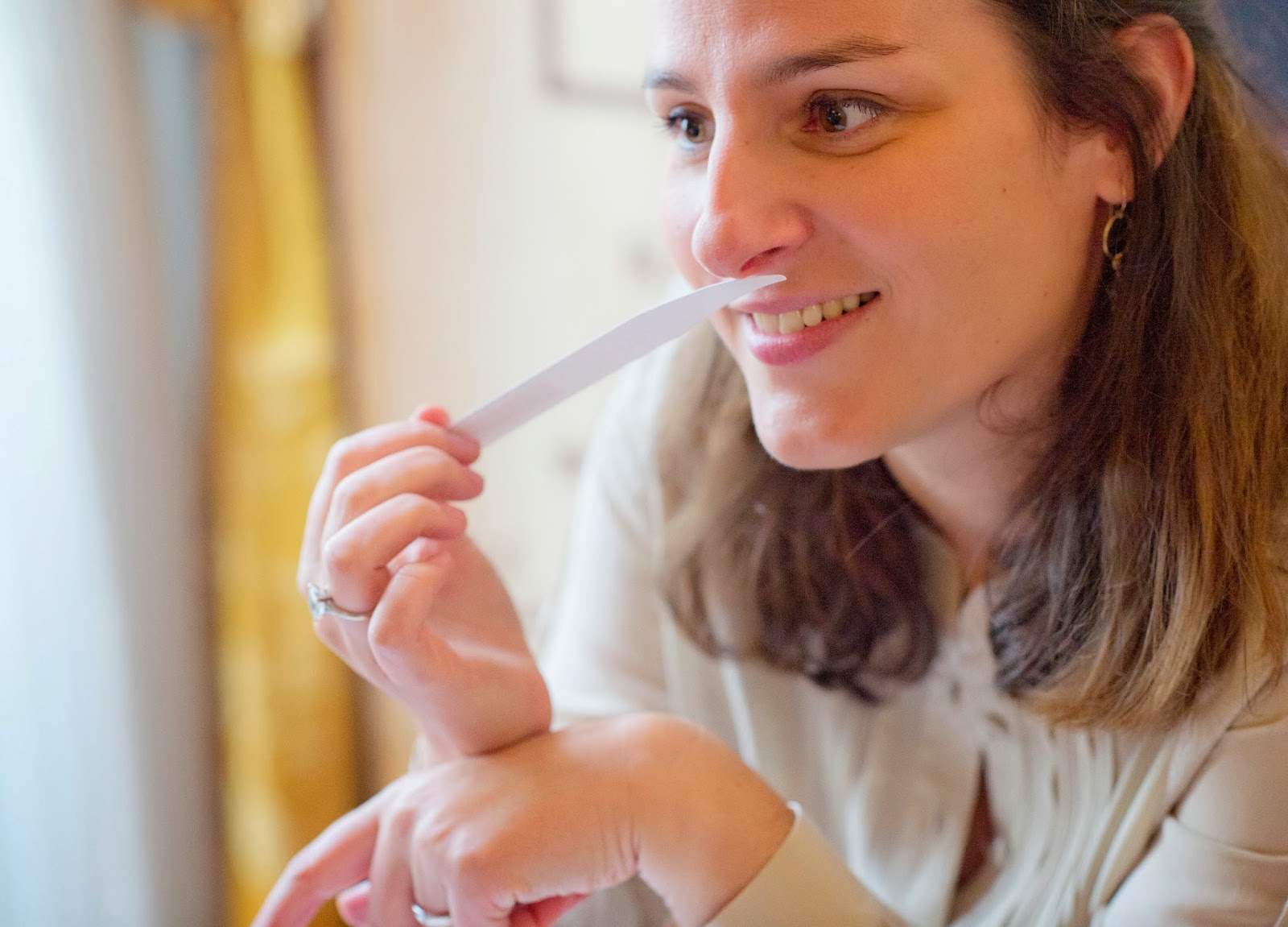 Juliette Karagueuzoglou poked her nose into an old base used in Hermès Équipage and Cacharel pour Homme called “epicene gamma”, a spicy blend of pimento, clove and nutmeg, to tweak a classic masculine fresh aromatic accord around clary sage. 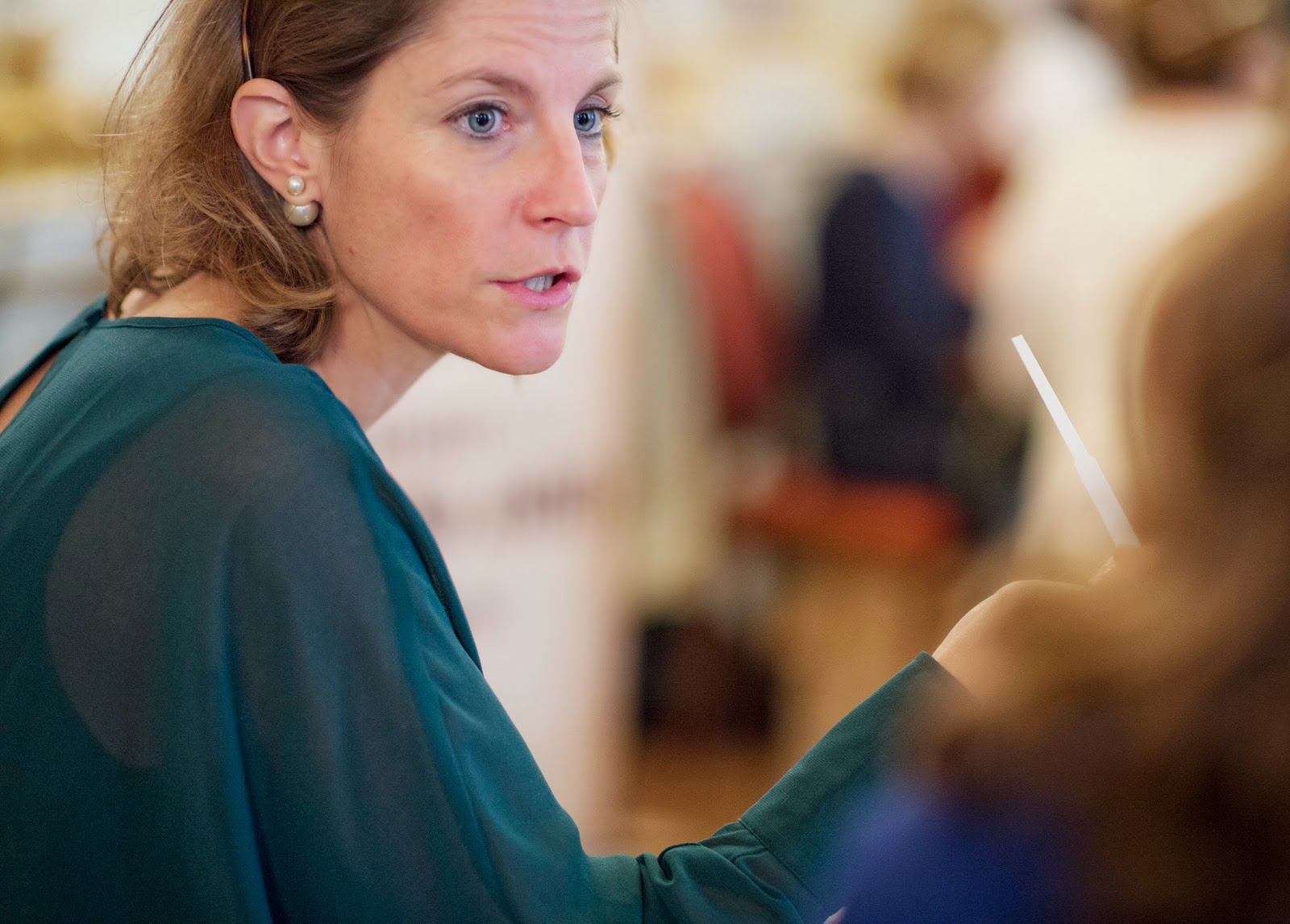 After last year’s lilac, Aliénor Massenet offered another long-neglected flower, honeysuckle – which she defines as less animalic and greener than jasmine. The twist is in the unusual note she used to set off her delicate floral accord: sesame, with its roasted, fatty-leathery facets. 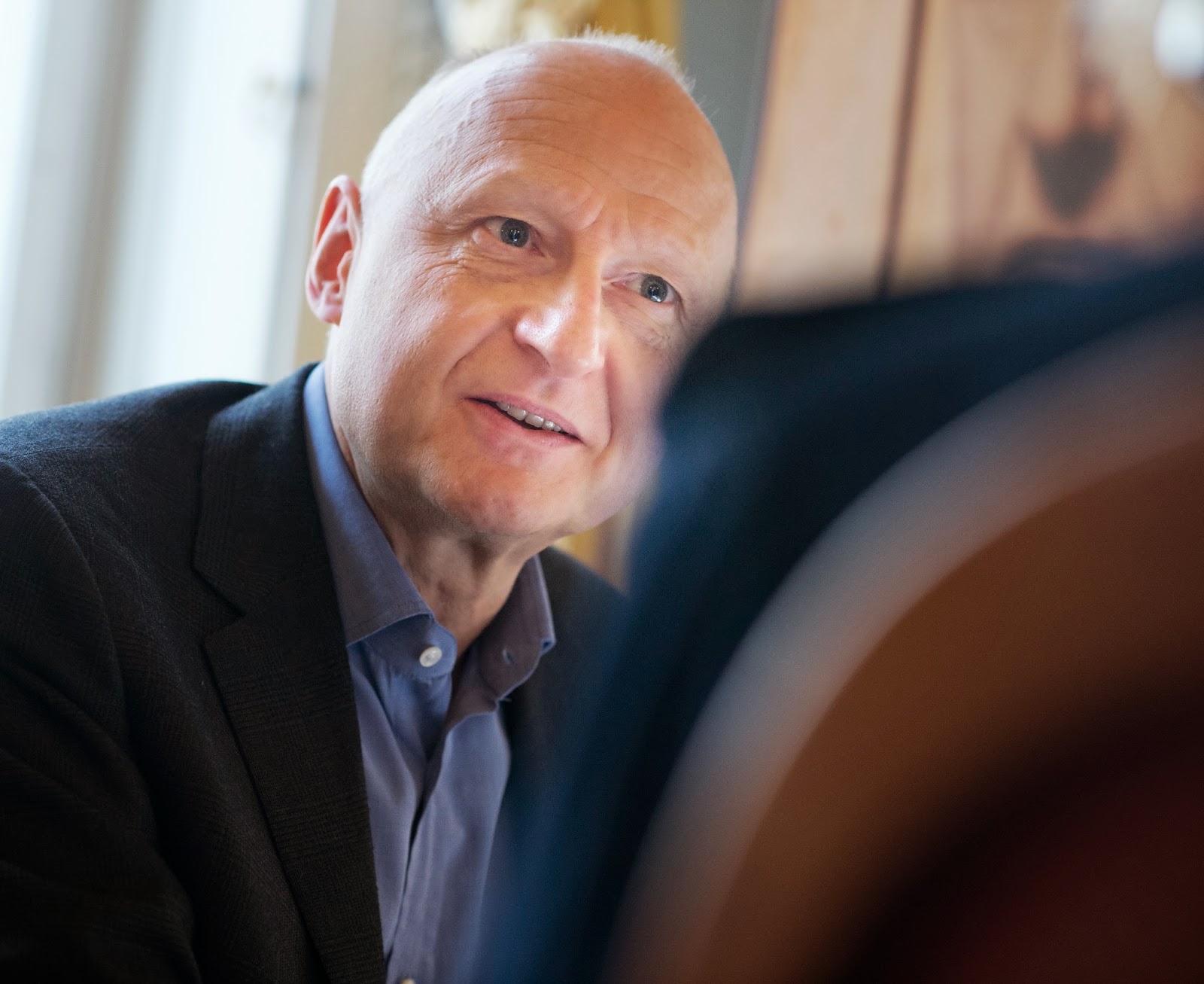 For the third year running, Dominique Ropion played around with oud, an ingredient he has been obsessively exploring to tug it away from traditional Middle-Eastern accords: like jasmine and rose, he says, oud is a “complete construction”. His “Ceci n’est pas un oud” (This is not an oud) brings out a completely unexpected player: nootkatone, a green molecule found in vetiver and especially grapefruit. Oud oil contains 1% of it. Enough for Ropion to create what must surely be the first citrusy oud (someone call Atelier Cologne, stat). 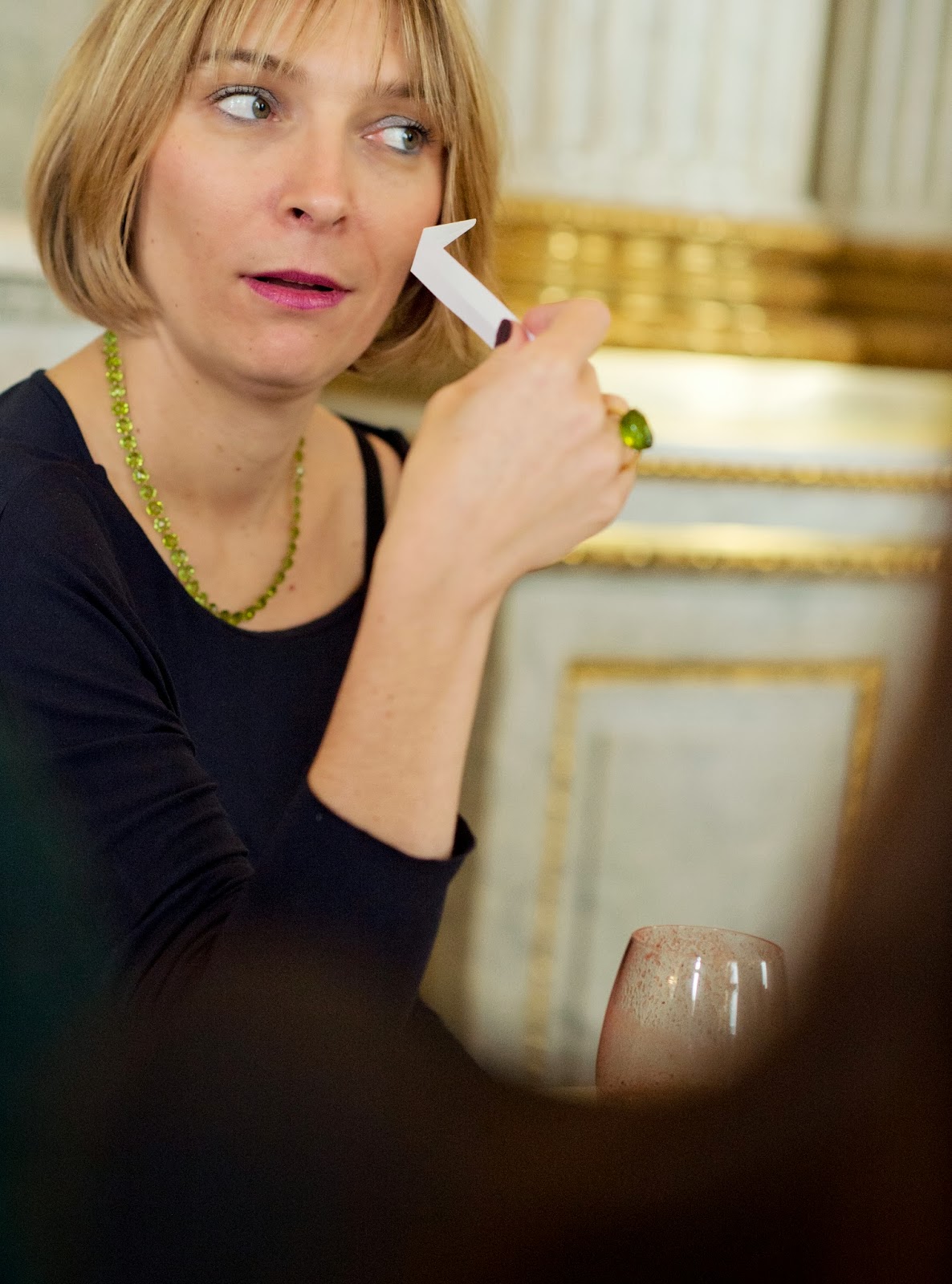 What would peridot smell like?  Two jewelers, Olivier Durbano and more recently Ann Gérard, already base their collections on gems. Is Marie-Hélène de Taillac, whose studio is based in India, gearing up to put out her own perfume brand? Véronique Nyberg teamed up with her to conjure the gem in scent. A green pear note boosts the green facets of tuberose and jasmine in a bright, translucent composition. 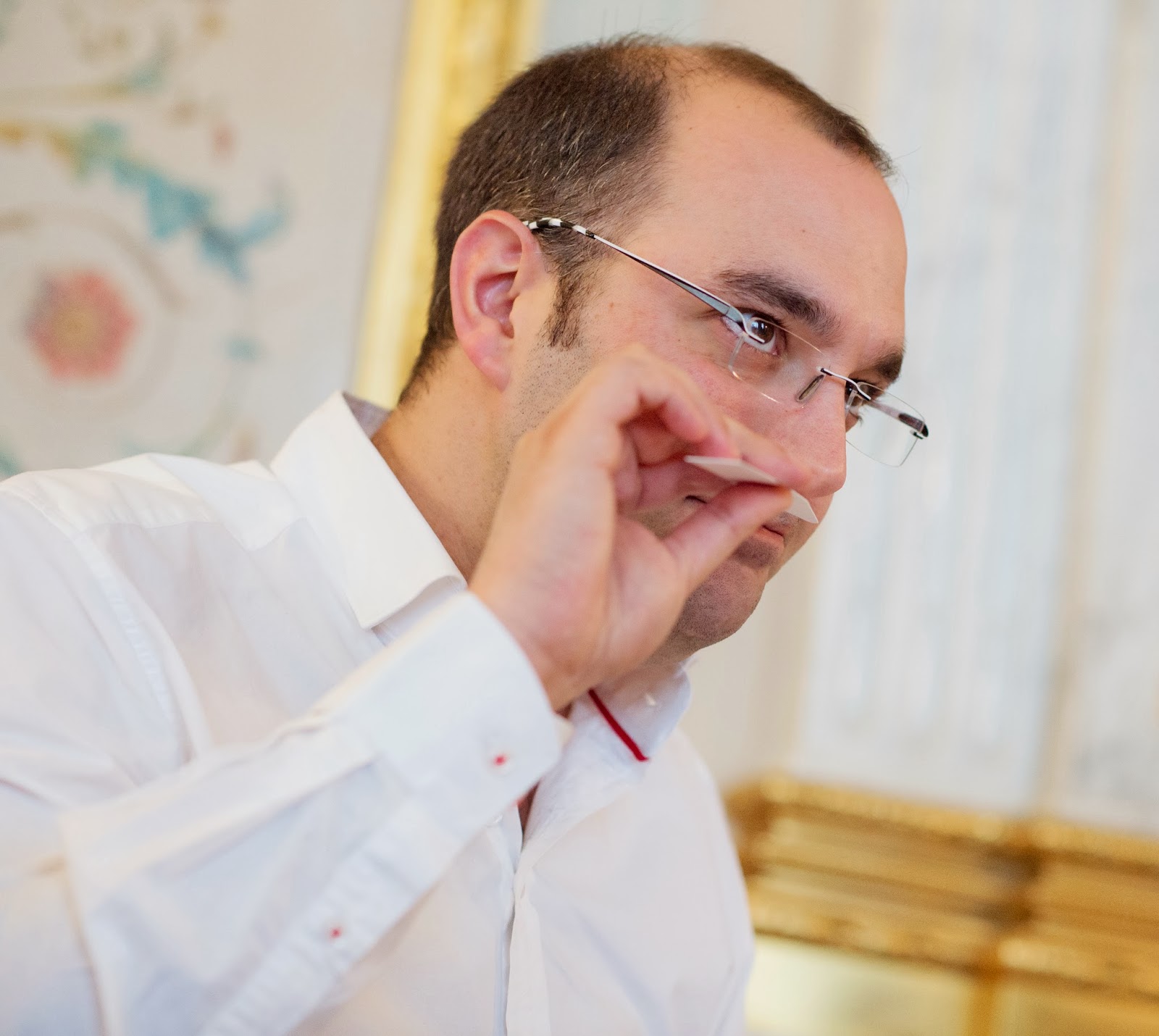 Nicolas Beaulieu is not related to me – but he does bear the name of a renowned camera company, and for his portrait of the frangipani blossom he tried to translate a photographic technique called tilt-shifting, used for selective focus. The idea was to make the yellow heart of the flower look sharp, while the petal stayed blurry. I’m sorry to say I’ve ever met a plumeria in person, but this must be what ylang pollen smells like in its dreams… 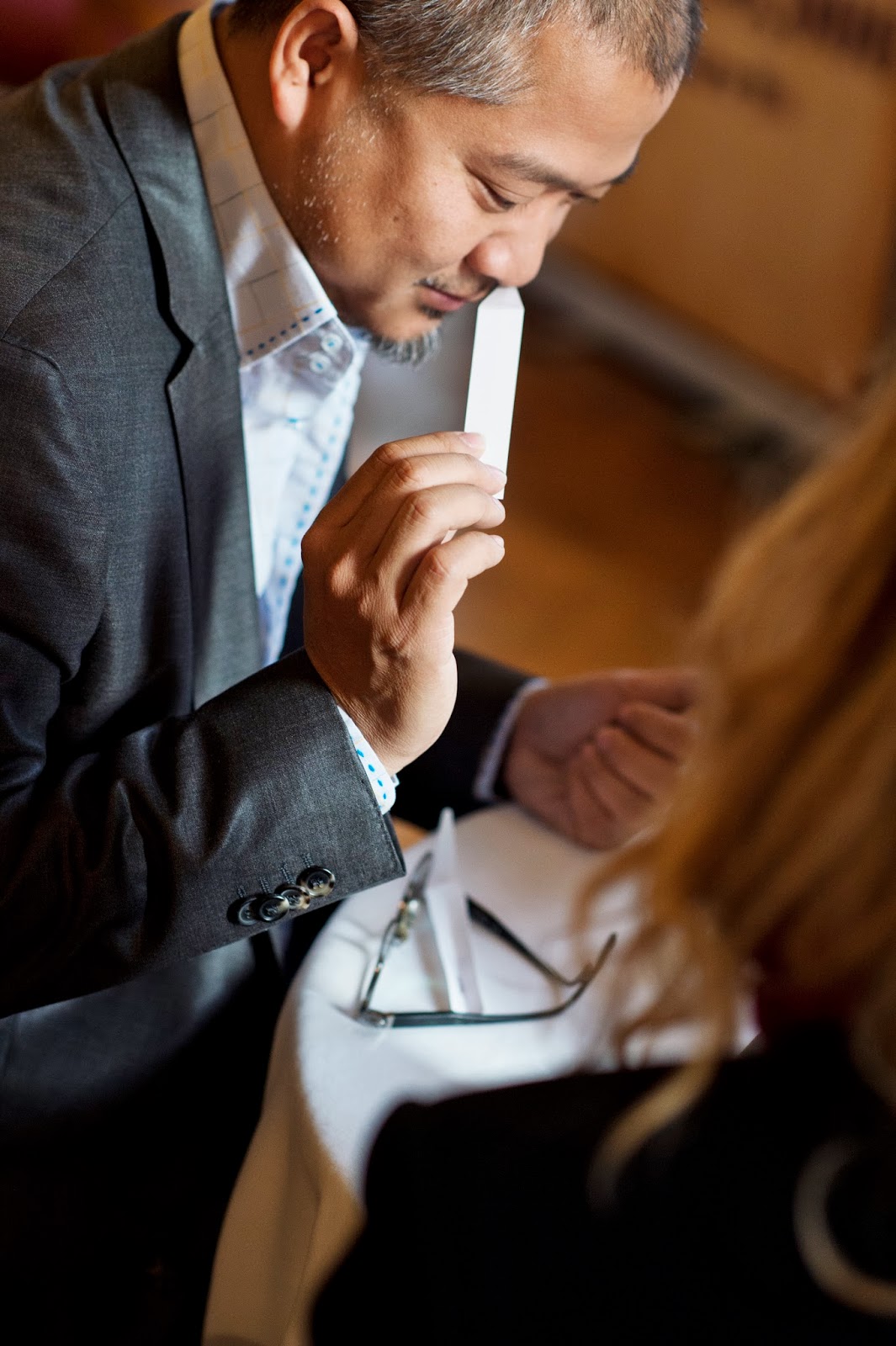 Out to beat Dominique Ropion’s unholy alliance of grapefruit and oud, Loc Dong went for Coca-Cola flavored yogurt which is, apparently, a thing. My 12-year-old Parisian sophisticate of a goddaughter looked unconvinced when I asked her whether this actually smelled like Coca-Cola. But I do get some of its lime-ginger maltiness, along with a touch of metallic-aldehydic fizz, which works surprisingly well over the tangy yogurt effect.

The Speed-Smelling set is sold at Colette, but if you’re not planning a trip to Paris just yet, I’ll be happy to share my samples with you. Just drop a comment saying which three scents intrigue you most, and I’ll make up 2 ml decants of them for the winner of the draw. You have until March 9th to enter.