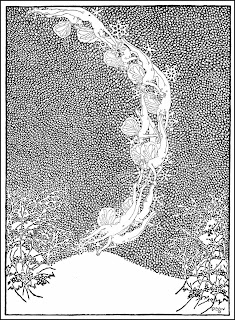 First fizzy. Then fuzzy. Serge Lutens’ third installment in his “eaux” series, Laine de Verre, is named after glass wool – or fiberglass insulation, as Americans know it: the invitation to the launch mentioned the flowers and ferns that had frosted on the Lord of Glass, brought as an offering to the Lady of Wool.

When my Quebecer house guest sniffed a spritz, she blurted out: “This smells like Nesbitt!” I had no memory of the drink, a brand of orange pop overtaken by Fanta, but her simile makes sense. The big puff of raw aldehydes does indeed register as the first fizzy orange pop gulp you inhale as much as you sip. Citrusy, but also icy and above all metallic – in the press material, Lutens explicitly refers to the metallic thread that runs through his most recent scents, La fille de Berlin (a silver rose growing in snow) and La Vierge de fer.  “Laine de verre is the metal that, physically, embodies itself in the scent”, he explains.

Musks and cashmeran provide a fuzzy feel in sharp contrast with the top notes, acting as the “wool” bit of the title. But Lutens reminds us that while wool warms and insulates us against the cold, it can also scratch: encrusted as it is with icy shards of aldehydes, it gives little comfort. Lutens calls this “a raging, tempestuous water”, but also an insulator against “a domestic quarrel between my feminine and my masculine”. In French, this is called a scène de ménage, ménage meaning both “household” and “housework” -- the name can’t help but conjure the latter, bolstered by notes that might easily be those of a detergent gone feral.

Lutens sums up his first, eponymous eau as clean, the second as cool and the third as “a confrontation between two halves”.  It is this toughness that gives the brazenly synthetic Laine de Verre its edgy vibe – though paradoxically, this metallic tinge can also be reminiscent of certain mineral waters. Let’s say, then, that this smells like a sweater hand-washed in Volvic.

On some skins, the “masculine” Lord of Glass (i.e. the aldehydes) seems to overcome, while on others, the Lady of Wool (i.e. musk and cashmeran) prevails. This might appeal both to people who go for “clean” scents, and aficionados of avant-garde, “anti-perfume” offerings like Comme des Garçons’ Odeurs, the Escentric Molecules collection or Isabelle Doyen’s Antimatière for Les Nez. In a perverse sort of way, though I was initially a bit put off by it, I must admit I really like it. Woman is fickle. 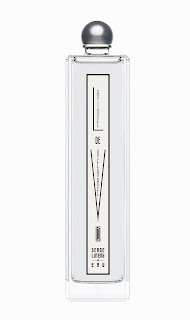 Laine de Verre will be available in February at the Palais-Royal, then internationally in March.