My top 10 picks for summer... Falling into flowers 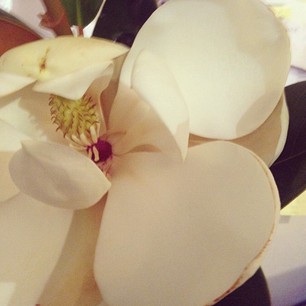 Here in Western Europe, we’ve had a cold, grey, rainy, pitiful excuse for spring; summer was barely a promise on the calendar until two days ago. Perfumes have had to stand in for the season we missed and the next, which meteorologists are none too hopeful about. So for this summer’s top 10, I’ve picked nothing but flowers, bottled gardens to make up for the real thing…

Iris straddles the line between nature at its rawest – roots, earth – and the 18th century artifice of powdered wigs. I’ve been enjoying two very different interpretations of the note. The grand, somber Iris Nazarena by Ralf Schwieger for Aedes de Venustas, with its charcoal-dark incense accord. And Jean-Michel Duriez’s more joyful, tender take, Songe d’Iris from the “Les Cascades de Rochas” collection. With its creamy fig note, it seems as though a bit of Femme’s spirit had seeped into the formula: a balance between violet/woodiness and lactonic fruitiness. A tiny touch of narcissus acts as a quote from the house’s equally iconic Eau de Rochas, which leads us to…

Gardenia is trending, and we’ll see more of it in coming months. The latest addition to the canon is Bertrand Duchaufour’s Gardez-moi for Jovoy, a queenly exotic under her cool creamy retro vibe.

Jasmine from Calabria features in Cour des Senteurs, the super-exclusive, one-location-only Guerlain composed by Thierry Wasser for the brand’s new boutique in Versailles. A tribute to Marie-Antoinette’s favorite flower (or so we’re told), this is a fresh take on the flower, delicately threaded into a garland of muguet.

Carnation is a note that’s pretty much MIA as far as contemporary perfumery is concerned. In Wilde by Jardin d’écrivains – a French brand dedicated to famous writers’ gardens --, it spices up the fig and mossy woody notes of this tribute to Oscar Wilde in his more youthful period, when he was inspired by Ancient Greece.

The following are scents I’ll be reviewing very shortly, all of which I’ve really fallen for:

Ylang-ylang is seldom showcased in a composition – often a bridesmaid, never a bride. With Ylang 49, Le Labo matches it with tiaré in an intriguing composition by Frank Voekl: a tropical floral chypre tugging the salty facets of the flowers into an undergrowth of moss. Great compliment magnet.

Lily may be the flower of the Virgin and of French royalty, but Serge Lutens has gone medieval on it. Vierge de Fer, a tribute to Lutens’s mother, goths it up with a cold green metallic note. The Iron Maiden has just been presented to the press and is due out in September: I’ll get back to it more fully closer to launch date.

Magnolia is the theme of Grandiflora, the first scent of a new perfume brand created by Saskia Havekes, a cult floral stylist based in Sydney. And it is a very rare treat indeed, since it was composed by none other than Sandrine Videault, who last gave us the stunning, radical, Manoumalia.

The secret gardens of Venice have inspired AbdesSalaam Attar’s Venezia Giardini Segreti for La Via del Profumo, a haunting blend of jasmine, rose, herbs and ambergris that is just a joy to behold.