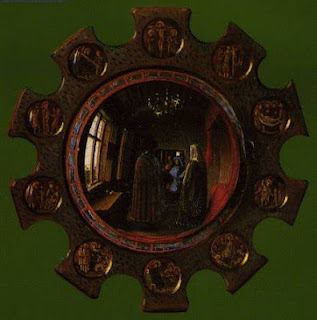 Frédéric Malle’s most groundbreaking move in 2000 was putting the perfumer’s name on the label. It is conspicuously absent from “XXX par Frédéric Malle”, his new collection of olfactory portraits of “people or brands I admire”.
Since three names on a label would become quite confusing, edging the perfumer’s off in favor of the brand’s and the model’s – in this case the Belgian designer Dries Van Noten – is justifiable. Still, it does blur the notion of authorship that is the core of Éditions de Parfums’ brand identity: par means “by”. In this case, is “Frédéric Malle” the brand or the co-author?

The booklet included in the box does address this new “model + brand owner + perfumer” equation, which Malle further explained at the press presentation with Bruno Jovanovic, a French-born, New York-based perfumer at IFF who has already authored three candles for the brand.  Since introducing a third party would disrupt Malle’s dynamics with perfumers, Jovanovic and Van Noten didn’t actually work together. Malle interpreted the designer's world for Jovanovic, and translated the work-in-progress back to Dries.

Olfactory portraits and one-off, “co-branded” niche fragrances are not entirely novel concepts: État Libre d’Orange, Comme des Garçons and Six Scents, which bases its entire identity on it, have all gone that route. It is interesting that Dries Van Noten chose this approach rather than launching his own brand – at one point, he was in discussion with a major company handling designer brand fragrance licenses, which clearly fell through. Perhaps the uncompromising Belgian designer didn’t feel comfortable harnessing his own company, which has remained independent throughout its development, to such a large commercial concern. His brand doesn’t advertise, which would have become compulsory if he’d launched a mainstream perfume line. It’s likely he felt his integrity would be better respected in a partnership with a similarly artistic and independent house. 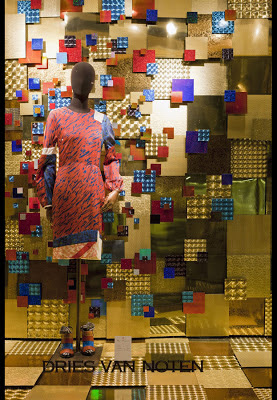 Dries Van Noten’s aesthetics yield countless sources of olfactive inspiration. His bold collages of colors, prints and textures draw from various folkloric and historical sources, with an underlying Bauhaus vibe and an appealing disregard for “sexiness”: one of the strongest recurring motifs of his work is the way he challenges Western gendering. Yet his collections also give off a gentle, tender mood, and his shows are often subtly moving events.  When I learned he was partnering with Frédéric Malle I immediately though of Van Noten’s 60-acre garden near Antwerp and envisioned a vegetal, unconventionally floral scent.

I envisioned a landscape instead of a portrait. Frédéric Malle headed straight for a warm, well-ordered Flemish interior with a plate of cookies. Dries Van Noten is a very delicate woody gourmand, folding a cinnamon and clove-sprinkled, vanillic speculoos cookie accord into milky-smoky Mysore sandalwood[i]. To conjure the toasted, nutty, yeasty cookie dough, Malle remembered that sulfurol, more commonly used in food aromas, was also resorted to by Grasse perfumers to boost sandalwood (the material was featured in the odd, yeasty-milky Le Feu d’Issey). Patchouli coeur (i.e. divested of its musty/camphor notes), methyl ionone and musk set the blend between woody and cosmetic accords. Jasmine absolute is listed, but not legible per se to my nose; the patchouli is fairly prominent. Saffron and Peru balsam are also listed. A hefty dose of bergamot was added in the last mods to give the fragrance an old-school vibe, Malle explains.

Dries Van Noten is a cosy, milky-fluffy ball of a fragrance which fleetingly brings to mind Sophia Grojsman’s plush, “hug-me” style. However, I’ve worn it several times now and have found its sillage surprisingly introverted despite several spritzes. Perhaps this is a deliberate option to reflect Dries Van Noten’s low-key personal style?

Added Feb. 12th
After discussing Dries Van Noten with other French bloggers and perfume lovers who'd tested it, it seems that while the wearer stops being able to perceive the fragrance after a while except in whiffs, other people smell it quite well.

We agreed we'd noticed this occurring with a few sandalwood and iris accords (there is no iris in DVN but there are ionones) like Cartier L'Heure Promise, Tom Ford Santal Blush and Diptyque Volutes. Other people can smell them just fine on us while we feel the fragrance has all but vanished.

Could there be some type of anosmia or "de-sensitization" at play?

[i] Frédéric Malle says this is genuine Santalum Album from India: apparently, sustainable stocks can now be found.