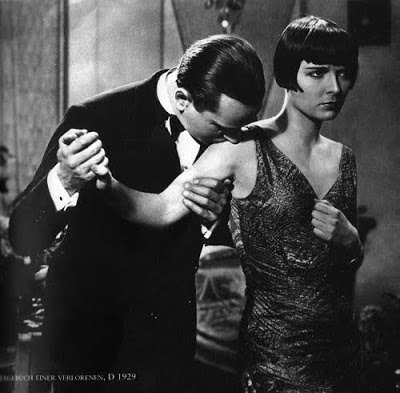 "The artist is like a surgeon penetrating deep below the skin, entering his subjects, making incisions and cutting them like diamonds. Every move the model makes is an extension of his own, because he only exists when he is face to face with HER."

The above is an excerpt from Serge Lutens’s new book, Berlin à Paris, containing many unpublished photographs from 1967 to 2008. Some of these are shown in the Galerie Félix Marcilhac in Paris until December 21st.

Were incisions on Serge Lutens’ mind when he conceived his new fragrance La Fille de Berlin? He writes that he touched the lips of his “armed girl from Berlin” with the blood of Siegfried.

The scent is said to be a tribute to his German Expressionist inspiration; with notes of rose and metal, his muse could have been Fritz Lang’s Robot Maria in Metropolis. If the metal turns into blood, she could be Wedkind’s Lulu as embodied by Louise Brooks in Pabst’s Pandora’s Box.

La Fille de Berlin is in the export collection. It will be launched in February 2013 at the Palais Royal, then worldwide in March.

Illustration: Louise Brooks in Pabst's Diary of a Lost Girl (1929).