Jour d'Hermès, the winners of the draw (and a few extra thoughts on the matter) 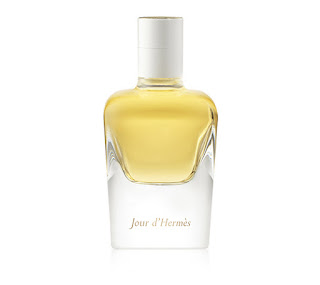 The winners for the sample draw of Jour d’Hermès (for the review, click here) are:

Please drop me a line at graindemusc at gmail dot com to give me your address. Don’t forget to state “Jour d’Hermès” in the header and to tell me your pseudo. And remember I’ll be asking for your impressions of the flowers you “read” in the fragrance, which I will publish next January.

I was happy to see that fellow bloggers whose opinion I value – Victoria of Bois de Jasmin, Robin of Now Smell This and Octavian of 1000 Fragrances – were also embracing Jour d’Hermès, since like a great many people in France I actually care for Hermès and root for it as one of the few major luxuries houses upholding its integrity and standards.

By hiring Jean-Claude Ellena in 2004, Hermès has dealt with its heritage as a perfume house in an interesting way, since Ellena claims a filiation with Edmond Roudnitska who signed Eau d’Hermès back in 1951. While maintaining almost all of its earlier fragrances, Hermès clearly opted for a re-foundation that integrated the concepts pioneered by niche in the 90s, namely “landscape captures” with the Jardins series and materials-driven composition with the Hermessence (it was the second big house to offer this type of exclusive line, one year after Armani Privé).

Of course, Ellena had been a major player in developing both concepts. His ground-breaking Eau Parfumée au Thé Vert for Bulgari, initially a submission for Fahrenheit, may well have been the first mainstream fragrance not to be conceived as an extension of a male or female persona (though the original ads show a skinny-dipping couple in the throes of passion). And through his Bois Farine, the first scent commissioned by Pamela Roberts at L’Artisan Parfumeur for a travel-inspired series, he pioneered the “landscape in a bottle” idea.

Ellena is also one of the very few major perfumers – and the only one in his generation – to have written books about his creative process, a bid for transparency initiated with Chandler Burr’s The Perfect Scent. A canny move for Hermès, of course, since it raises the profile of their in-house perfumer. But one that couldn’t have happened if Ellena hadn’t actually had creative freedom in that capacity, unlike other perfumers currently holding similar positions…

Whether one embraces his aesthetics or not is a personal matter, but if any perfumer can claim the “artist” label, it’s him: first because he himself acknowledges in The Diary of a Nose that his approach is that of an artist, then because he has been able to create a consistent body of work and to sign it, and finally because he has defined his aesthetics in writing (critical self-awareness and intention being very much a part of contemporary artistic praxis). Now, whether that makes him a “luminist”  – a short-lived, late 19th century American style of landscape painting –  as claimed by the curator of The Art of Scent is another matter, and one Jean-Claude Ellena is apt to shrug off with a wry grin…