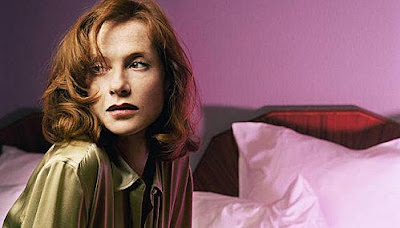 I’ve always had the sneaking impression that the more a brand spends on a famous face to front its fragrance, the less it actually believes in the fragrance itself – as though the actor’s aura, persona and profile were meant to supply personality to yet another designed-by-committee product.
Only this time it’s the other way round: an actor seeking her identity through a fragrance, which she ended up fronting. The news came to me via the preview pages of the September issue of Vogue France – redesigned under Emmanuelle Alt’s stewardship, just as ousted editor Carine Roitfeld is launching her own CR Fashion Book.

Isabelle Huppert, who will be the face for a limited edition of Fracas, may not be as well-known abroad as she is in France, where she is considered one of the very greatest French actors, bar none. She literally seems able to play anything; her scope extends from frothy comedies to avant-garde. Yet she is also gifted with the most amazing ability to retreat behind an invisibility cloak: I’ve seen her pass utterly unnoticed in public venues, including film and theater festivals, and several of my friends have confirmed this. If Huppert doesn’t want to be seen, she isn’t.

The Vogue interview sheds an oblique light on this intriguing ability. When questioned about the role style and fragrance play in her craft and in her life, Huppert answers:
“In a movie role, everything is defined, and style allows you to approach, first summarily then in a more definitive way, the contours of a character. Whereas for me, in life, everything is possible, everything is so possible that it can become a source of anxiety.  This is more related to a form of non-existence than of existence. Where I’m defined is in films, where I’m not defined is in life.”

Which makes her choice of Fracas all the more intriguing.  This larger-than-life diva of a fragrance has been famously worn by similarly spectacular women such the late Isabella Blow, Sophie Dahl and Madonna. It is the very opposite of a scented invisibility cloak, since it blares its presence wherever it goes. Huppert tells Vogue journalist Nelly Kaprièlian that she discovered the scent on a friend, and used to buy it in New York before it became available in Paris.  “It is a very special, rare perfume, endowed with a mysterious aura which creates a kind of complicity between those who know and love it.”

With her exquisite sensitivity to the many nuances and complexities of what defines a persona, Huppert may feel much more keenly than most of us just what type of anchor a fragrance can provide. Does the outsized presence of Fracas partly answer her quest for definition? Perfumes are like purloined letters: their very invisibility tricks us into thinking their subliminal messages – the messages our subconscious sends to the world through its sillage – will remain hidden in full view. In joining the flamboyant Fracas sisterhood, Isabelle Huppert may be allowing the smoldering, venomous-innocent sexuality she lends to many of her characters to seep through and hover around her like an aura.

It was after reading mentions of Fracas in a few of Isabelle Huppert’s interviews that Robert Piguet Parfums contacted her and asked her whether she wanted to collaborate in a limited edition, with a specially designed bottle. The most seductive aspect of this operation, to me, is that it lets me guess something of the secretive Huppert’s personality. For once, the actor-perfume pairing makes sense.

Illustration: the portrait of Isabelle Huppert was taken by Myriam Roehri (click here for her website).
Posted by carmencanada /Grain de Musc at 07:00