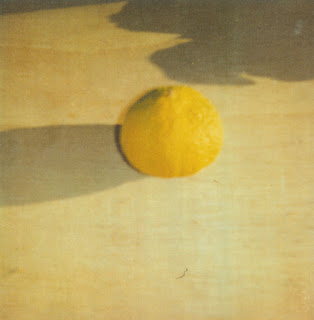 After two stints working with a solo perfumer – first co-founder Jean-Claude Ellena, then when he got hired by Hermès, with Céline Ellena – Luc Gabriel, the CEO of The Different Company, says he decided that wasn’t the way to go, because it limited the brand’s stylistic options. So after Céline left, he sprung for two noses.

Bertrand Duchaufour did Oud Shamash and Oud for Love for the Collection Excessive (only one was commissioned, but the two proposals pleased Luc Gabriel so much he launched both). And Duchaufour’s ex-colleague at Symrise, Émilie Coppermann who he’d teamed up with on Amarige d’Amour and Christian Lacroix Bazar Femme (the latter with Jean-Claude Ellena), composed the four scents of L’Esprit Cologne.

This new series belongs to a genre I’ve dubbed the faux-de-Cologne because it doesn’t necessarily play on the traditional citrus and aromatic notes. They can be used as refreshing splashes, but are anchored by bases that make them more long-lasting – customers don’t want to pay premium prices for a scent that’s evaporated by the time you shift from bathrobe to shirt. But most of all, they are delicate and transparent enough to be office-friendly in an increasingly fragrance-averse environment… Yet complex enough for a luxury product

After Midnight earned me two spontaneous compliments, including one from the… how do you call a female mailman anyway? (added later: helpful readers have pointed out that you say "letter" or "mail carrier". Problem solved.) With its bergamot, neroli, iris and jasmine bouquet on a light balsamic fond, After Midnight sophisticates the now-classic CK One template. The twist is the musky, top-to-bottom angelica-ambrette axis which gives the scent the palate-clearing limpidity of Chanel N°18 or Thierry Mugler Cologne.  With its green and coumarinic facets, lentiscus ties together the herbaceous angelica and the balsamic base notes. The juice is dyed purple to match the nocturnal name, but the brand swears it doesn’t stain.

Tokyo Bloom is a tribute to Japan’s rainy “fifth season”, expressed through the whiff of green exhaled by gardens after a shower and by cyclamen, a wet floral (though not aquatic) note. A “dandelion accord” adds of touch of vegetal milkiness. The musk, gaiac wood and amber base holds the note for several hours, and dries it up somewhat, though the green-floral-milky effect persists well into the drydown.

Limon de Cordoza (a contraction of Cordoba and Mendoza) is, of the quartet, the one that most overtly sticks to the cologne genre. This time, reading the list of notes, the template could be Françoise Caron’s 1979 Eau d’Orange Verte for Hermès, minus the exotic fruit. Orange, mint, neroli? Check. Patchouli? Check. Moss has been traded for a smoky base of gaiac wood and vetiver. But none of the woody notes seem to stand out on my skin, where the citrus accord dominates throughout the development.

The bottles, with their ziggurat caps that unscrew counterclockwise, can be used in spray or splash and they are refillable.

If you’d like to sample L’Esprit Cologne, drop a comment saying what interests you about them, and the lucky winner of the draw will get four mini-atomizers.