Dune in the Nude: A Revival of Dior's Underground Classic 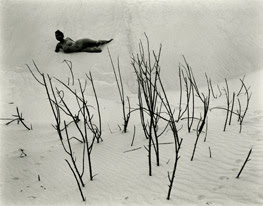 Last summer, Serge Lutens’s De Profundis prompted the memory of Dune, which I bought and wore for two weeks during my holiday. I’d written a post, which gradually got pushed back by a slew of launches. Then Victoria of Bois de Jasmin and Angela of Now Smell This both posted reviews, triggering something of a Dune revival. Here’s my delayed contribution to the conversation…

When we single out a mainstream product that veers off mainstream charts or exhibits some kind of weirdness, say the recently discontinued Bulgari Black, we tend to think “this could be niche”. Not so Dune. It is too smooth to fit into what later developed as the niche codes, with their deliberately baroque distortions and contrasts. And it was definitely a mainstream success, with 13 million units sold in its three first years of existence. But mainstream in a way that the industry seems to have almost entirely lost touch with. It is also one of the few members of an eccentric family, the green orientals, founded by Cartier's Must in 1981.

The name “Dune” was jotted down by Maurice Roger, Parfums Dior’s CEO from 1981 to 1996, at the time when he thought up Poison: Dune was to be its serene, nature-inspired antidote.
The visionary Roger was brought in from Sanofi (which then owned Yves Rocher, Roger & Gallet and the Van Cleef and Arpels licence) to usher Dior into the globalized, marketing-driven 80s.
“The time is done when a little individual would project his own fantasies by dreaming of his schoolteacher’s skirts, dreaming of the smell of furniture polish in his grandmother’s country house or dreaming of the beautiful electric light of dawn after a beautiful festive night”, he decreed to the press when he presented Poison. The concept and story came before the product, and that story had to speak to women around the world.
What’s fascinating is that rather than the bland, catch-all products the bid for blockbusters yields today, Parfums Dior managed to produce three remarkably original fragrances under Roger’s tenure: Poison (1985), Fahrenheit (1988) and Dune (1991) – the 1995 Dolce Vita would have been more of an achievement if it weren’t a twist on the 1992 Féminité du Bois, which Pierre Bourdon co-authored with Christopher Sheldrake.

Maurice Roger never mentioned to Jean-Louis Sieuzac and Dominique Ropion that the perfume would be called Dune; nor did he speak of sand or beaches. His brief was to conjure a jardin de curé, a priest’s garden, producing both flowers for the altar and herbs for the kitchen by a seaside church in Brittany or Normandy.
Nevertheless, the perfumers managed to work in the briny ocean breeze blowing on the garden and, more interestingly still, to build an olfactory form that has not only the fine-grained smoothness of a sand dune, but also the subliminal inner tension that drives dunes to shape-shift of their own accord.

This tension is owed to the action of the raspy, bitter green notes on the fuzzy balsamic oriental accord. The former combines blackcurrant and laurel with an overdose of stemone (used to conjure fig and tomato leaf, for instance, but also lily of the valley), the first such overdose in perfumery. The latter features a classic trio of vanilla, patchouli and benzoin. What bridges the contrast and gives Dune its ethereal roundness is liatris, also known as deertongue, a coumarin-rich plant with strong tobacco and herbaceous facets (official notes list broom, which shares honeyed tobacco facets with liatris). The patchouli/vanilla base, blended with the bitter notes, produces a dark chocolate illusion in the drydown.The startling saltiness might be an effect of evernyl – oak moss has an iodic aspect reminiscent of its close relatives algae.

As a result, Dune, though conceived as an herb and flower garden, invented an alternate olfactory universe to conjure the seaside without a drop of calone, just at the time when the aquatic family (pioneered by Yves Tanguy’s Aramis New West in 1988) was about to gain ground. Unlike some blockbusters of earlier decades, Dune isn’t showing its age, not because it's been forgotten, but because its compelling oddity – salt-encrusted skin rolled in herbs oozing a bittersweet, milky sap – is still perfectly modern.

Photo: Nude in the Dunes, by Edward Weston
Posted by carmencanada /Grain de Musc at 00:03