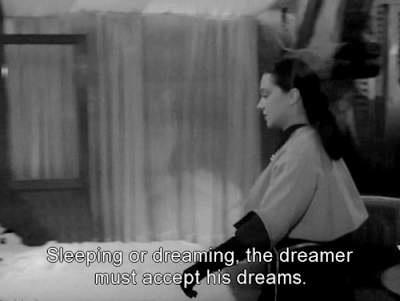 
Despite the rumours, Serge Lutens is not quite ready to hand in the pipettes. At least not before he’s had another shot at dismaying his die-hard fans with his second Eau, which will be presented to the press next week. Meanwhile, De Profundis, a suiting fragrance to review on the day of the dead.
The name conjures so many cultural and religious references no actual fragrance can live up to it; besides, by the time you’ve finished mentioning all of them, not to mention admiring the juice in the bottle with its glorious ultraviolet glint, you’re too written out to tackle the actual scent.
My first test runs of De Profundis elicited a few surprising reactions. A perfumer friend squirmed for about an hour at a café table before blurting out “What’s that you’re wearing? Something about it makes me very uncomfortable.”
“The chrysanthemum is tinged with bitterness. I added, as is sometimes mentioned, a hazelnut flavour over a superb incense. If “De Profundis” triggers unease, I am delighted! It would have been a pity to let this flower waste away in cemeteries, wouldn’t it?”, Serge Lutens replied when I reported this to him.
Could it be that there is something of a funereal aura – the sweetish odor of putrefaction – hanging over De Profundis? I’m grateful to say I couldn’t tell. But my initial impression was indeed a haunting sense of déjà-smelled – perfumery is nothing if not a house of ghosts…
At first, something about the tension between De Profundis’s slightly bitter, sappy-fresh greenness splashed on a milky-nutty effect brought Comme des Garçons Calamus (Series 1: Leaves) to mind, but no… Then it dawned on me: Dune.[i]
Fresh, green orientals are an olfactory oxymoron, but both Jean-Louis Sieuzac’s underappreciated classic for Dior and the latest Palais-Royal exclusive belong to this oddball category.
But the herbal bitterness in Dune is somewhat stronger, and the nutty, coumarinic, oriental softness of the heart and base more pronounced. Where Dune straddles its extremes by developing as imperceptibly as a sand dune shifting of its own accord, De Profundis, in a typical Lutensian fashion, goes for a more baroque option, with dry, raspy incense poking through the green-white abstract floral, which seems to borrow in equal parts from muguet, magnolia and carnation (could there be a touch of pepper in there that blew over from Vitriol d’Oeillet?).
A dab of animalic funkiness reminiscent of chamomile along with a fair dose of indole give the floral note heft; alongside the touch of soapiness, and modestly tucked under the hazelnut effect, I’m getting a tiny whiff of saltiness and what I could describe as chestnut flower, or rather what chestnut flowers smells of – something Lutens alludes to obliquely in the press release (“…leading altar boys, priest, undertaker, beadle and grave-diggers to some sort of celebration where they could indulge gleefully in vice.”) Maybe I’ve just read the marquis de Sade too much, but to my nose there is a hint of… fresh celebration in De Profundis.
Life and death. Pourquoi pas?
Illustration: Maria Casarès as Death in a screen capture from Jean Cocteau's Orphée.
[i] Re-reading Octavian’s review after writing this, I see he homed in on the same comparison , which I hadn’t noticed the first time round .
Posted by carmencanada /Grain de Musc at 16:48