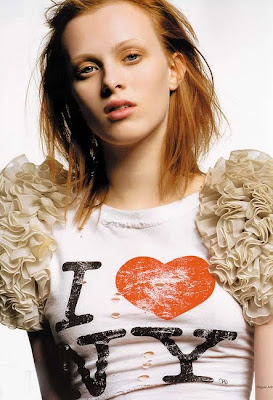 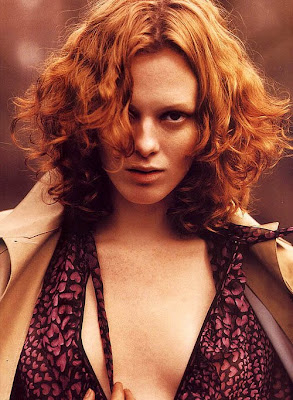 When we spoke about Nuit de Tubéreuse, Bertrand Duchaufour told me leather was a note he wanted to explore further, because he’d only tackled it once, in Bois d’Ombrie.

The good news is that he’s gone and done it.

The bad news is that you won’t be able to get it unless you’re one of Ann Gérard’s clients.

The Paris jeweler, who commissioned the composition, sells it from her studio in lovely opalescent hand-blown flacons in the extrait concentration. But she does intend to commercialize it on her website as soon as she’s tackled the problem producing the bottles in larger quantities. Hopefully she’ll be striking a deal with one of the most reputable U.S. online retailers for wider distribution. Don’t pester her about it, but feel free to convey your interest, and have a look at her gorgeous jewels while you’re at it…

Like the full moon after which it is named and the moonstone that inspired it, Pleine Lune conjures chimera. It is an odd shape-shifter of a scent I’ve been trying to pin down for a while before throwing my hands up. I felt it had an Iris Gris vibe – in fact, I still do – but when Bertrand made me blind-smell both scents side-by-side, I had to acknowledge they were quite different animals, despite both featuring iris and a lactonic peach note.

He insists it’s a leather, and it is – a smooth, flesh-toned leather powdered in nacreous iris. I read it mostly as a musky, animalic iris with peach-apricot facets, and it is that too. In fact, Pleine Lune unveils as many different faces as its namesake orb throughout the seasons.

A metallic disk as the iris rises – there’s real orris butter in this stuff, and it shows --, crackling with tiny ozonic-aldehydic sparks and green aromatic glints of citron, bergamot, angelica and coriander lashed with crystalline ambrette. Then a mauve milky moon in a mist of mimosa. Then the warm, russet Harvest moon as the cassie starts overtaking the iris, animalic, horsy, a little fatty, conjure a leather accord with the iris; this fatty fur-and-skin feel is picked up by what might be costus.

All through its development, Pleine Lune plays maddening mind games, throwing up many-hued olfactory flashes. On my skin, the lactonic peach note is prominent: an illusion produced by the fruity facet of ambrette and sweet, jammy carrot CO2, soaked in a drop of aldehyde C14. But just as I nod to the ghost of Iris Gris, Pleine Lune shape-shifts again. Floral? Yes, jasmine is slowly sprouting between the iris and peach, adding its tarry indolic accents to the leather accord. But the sillage unfurls candied violets in a powdery iris and white musk cloud, fleshed out by the musky facets of ambrette and angelica. Then as the scent subsides into a milky sandalwood, musk and vanilla base – a blend Duchaufour seems to have been using quite a bit recently, at least in Havana Vanille and Nuit de Tubéreuse, the “condensed milk” effect appearing in Amaranthine – styrax pulls the leather note to the fore once more.

I’m still not utterly convinced it’s a leather, but as leather is a perfumer’s construction and as such, can mean as many things as there are perfumers, I might as well say it is -- leather as eerily soft as female flesh.

But whatever it is, come the full moon I’ll be baying for a bottle. If I start sprouting fangs, claws and a silver pelt, you’ll know what bit me.

If you should happen to be in Paris, you can discover Pleine Lune, as well as Ann Gérard's jewels, at the Galerie Elsa Vanier, 7 rue du Pré-aux-Clercs, 75007 Paris, until July 25th. Don't walk, run.