In Memory of a Friend 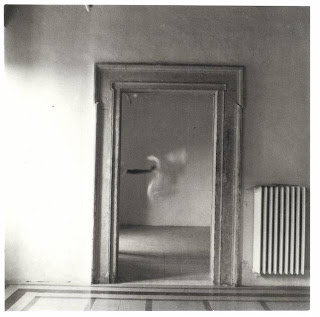 She called herself Eleven European Mystics. You may remember her thoughtful, poetic comments here and over on Octavian’s and several other blogs.
She was one of the many magical people I met through perfume, but from the outset, we both knew our friendship wouldn’t last for long: Eleven European Mystics had cancer, and it had spread from her breast to the rest of her body. She’d told me early on, when we initiated our correspondence sometime last summer after we’d been in contact over a draw she’d won. Sometimes we would write to each other several times a day. We spoke about the illness, but mostly we spoke about the things that made her love life: poetry, perfume, and things of the soul. She was an editor and her advice, her belief in my writing, her utter generosity, carried me through rough patches. In those few short months, she gave me more love and light than other people would in a lifetime.
Though she was in constant pain despite the drugs, and moving was difficult, she worked, and had a lover. In her penultimate month, she gathered her strength to travel from Israel to her beloved London in December to meet me there and follow my course. She was unhappy with the way she looked, but her flashing eyes, impish smile and regal mien made her a striking woman – I wasn’t the only one to think so, since a handsome Jamaican man was hitting on her when I met her one morning in front of the London College of Fashion…
She poured all of her passion into that class, then into our talks. There was urgency, but neither of us wanted to turn this into a protracted goodbye: we were still in life, not death. She was funny and honest: I remember how cross she was that she’d loved La Petite Robe Noire before knowing what it was, and how she berated herself for being such a snob.
On Saturday, after the course was over, we were meant to meet. I sent her a text message and waited for her reply. A couple of hours went by before I noticed that my phone had no signal. From a shop, I called D.M., who had also attended the course, had an English mobile and was also planning to meet her. He joined me immediately and we managed to get her on the phone. She’d slipped on a patch of ice and was in hospital with a broken collarbone. Her many desperate messages only reached me once D.M. and I had arrived at the hospital to pick her up. So that my last time with her, she was between D.M. and I, walking on the icy London streets, telling us Jewish jokes while we looked for a cab that never materialized. We ended up having dinner in a Turkish restaurant near the British museum.
Two days later, as I sent her an email to see if she’d got back to Tel Aviv safely she told me she’d gone blind in one eye. Then that the cancer had reached her brain. Then there was one more message in January. There were a few last comments on blogs. I kept on writing her, thinking maybe she could still read without having the strength to respond.
I wrote to her again last Wednesday. I’d asked her months ago to give me someone to contact if she went silent. She hadn’t. So I dug through my emails – a now-posthumous correspondence that is still out there in Gmail’s virtual space -- and finally found one where she mentioned a friend’s full name. I tracked down the friend.
Eleven European Mystics died on January 26th 2011. It was a great gift and a privilege to know her.
Posted by carmencanada /Grain de Musc at 13:58