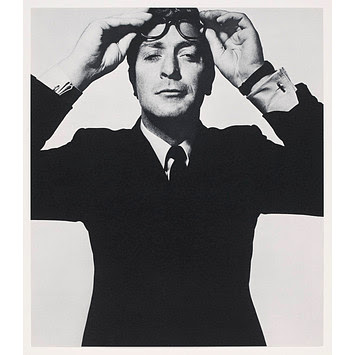 Apart from smelling very good indeed, Bertrand Duchaufour’s new Sartorial for Penhaligon’s is a remarkable piece of work because it is also a reflection on perfumery – a demonstration of the theoretical self-awareness that sets the artist apart from craftsman. If you’re an artist, you don’t merely apply your know-how to creating variations on known genres or forms: you situate your work within the history of your art by what you reject, what you retain, what you revive, what you displace. In the case of Sartorial, what Bertrand Duchaufour performs is what is called in French a mise en abyme: an untranslatable expression that means, more or less, a story within a story, the former reflecting on/mirroring the latter.

The obvious choice for a scent inspired by the crucible of masculine elegance can only be the archetype of the masculine fragrance: the fougère. But the template Bertrand Duchaufour has picked is, humorously, the polar opposite of elegance: the big, bad Brut by Fabergé, perhaps the most mass-market and clichéd of masculine scents. Downloading hairy-chested virility into exquisitely razor-edged tailoring is pretty much like putting Cockney Michael Caine in a Savile Row suit. It’s been done, and it works. So: another story within the story, the 60s downmarket version of virility acting, perhaps, as a quote of the Swinging London dandies photographed by David Bailey (hence the above illustration).

Conceptually, Sartorial becomes even more interesting – in fact, downright fascinating – when you consider the radical displacement Bertrand Duchaufour has carried out on the fougère, the oldest modern fragrance family, since Houbigant’s 1882 Fougère Royale was the first to integrate a synthetic material, coumarin, which along with lavender, oakmoss, patchouli and geranium, forms the scaffolding of the fougère family. More significantly, despite the fact that its name refers to a plant (the fern), it was the first abstract fragrance – cutting loose from natural representation thanks to the use of synthetics was precisely what tipped perfume-making over into becoming both an industry and an art.

Bertrand Duchaufour’s delightfully subversive gesture is to reintroduce figuration and narration into the very template of abstraction in perfumery, by leveraging a culture acquired through his work for L’Artisan Parfumeur: that of the olfactory travel sketchbook.

He took in the subdued but chaotic smell of Norton & Sons; parsed the various olfactory sources; pried apart, framed and edited them to compose something that is both recognizably a fougère, and the atmosphere of a bespoke tailor’s shop. In other words, Duchaufour uses one ready-made (the fougère) to make sense of another (Norton & Sons). By overlaying two institutions of masculine elegance as though he were superimposing tracing papers bearing the shape of two olfactory identities, he manages to displace both. To destabilize the clichés.

The notes in Sartorial work on three levels: as representations of the place of inspiration, as quotes from the history of perfumery and as elements of a distinctively Duchaufourian composition.

Lavender, the main axis of Sartorial along with patchouli, is one of the building blocks of fougère, but also a sign of cleanliness (its name comes from the Latin lavare, washing, as it was used by laundresses). This is why it became a specifically masculine note in the 19th century: gentlemen couldn’t smell seductive, but it was acceptable for them to smell clean. It is also a sign of Englishness: the fact that what is possibly the first scent to be specifically marketed to men is Atkinson’s 1837 English Lavender adds another story-within-the-story.

In Sartorial, the lavender top note acts not only as a sign of masculinity, cleanliness and Englishness but also as a figurative element: set in very strong ozonic-metallic effects – their sheer brutality acting as a quote of the Brut template --, it conjures the steamy smell of hot irons on tweed but also steel shears and greased sewing machines: the metallic greasiness is worked in with specific aldehydes and salicylates but also by using the slightly rancid oil effect of nutmeg.

The old, dusty leather of club chairs and mounted trophies is created by playing on the dust-like facets of pepper – the spices in Sartorial are used not as representations of spices but for their specific olfactory qualities – and gurjum, which also offers medicinal and woody facets. Those woody facets, strengthened by patchouli and cedar, blend in with bees wax to conjure the polished floors and cupboards of the shop. The smell of old wood is boosted by one of Bertrand Duchaufour’s signature materials, Symrise’s Corps Racine (you can smell it in Eau d’Italie’s Bois d’Ombrie), with its rooty, green, pea pod/green pepper facets: through its earthy, almost clayey effects, the Corps Racine also serves to conjure the smell of the chalk used to trace cutting lines on cloth. The fougère structure is picked up by a patchouli and oakmoss base; tobacco and tea effects have been worked in as additional English quotes.

The result is a highly contrasted composition: the tension between the ozonic metallic effects, the aromatic lavender, the dusty leather and wood notes and the smooth fatty warmth of bees wax literally creates a sense of space around its wearer – the olfactory equivalent of quadraphonic audio.

It is also an intensely saturated product, not only from an olfactory standpoint but also on a semiotic level: fougère + lavender + Savile Row + Englishness basically add up to saying “Penhaligon’s” – their shops are actually decorated in a very similar style to the traditional English bespoke tailors’ – thus neatly tying in the scent with the brand identity.

In a sea of hackneyed, off-the-rack masculine scents, Sartorial’s combination of toughness and elegance – again, think Michael Caine rather than upper-class twit or Brut-splashed lout – is an olfactory lifebuoy. It is also an impeccable demonstration of the way a perfumer can fulfil the terms of a commission while keeping to his own, and bring something new to the conversation. One would expect no less from its author, and mainstream brands would do well to pay attention.