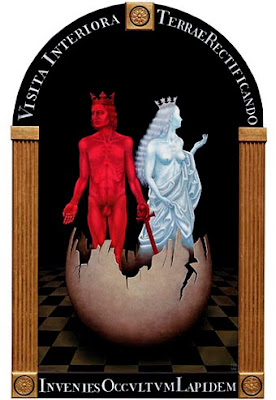 Wow. Your responses to the theme I launched this week were fascinating and even more numerous than I’d hoped for.

What comes out of them is a gender spectrum that seems to stretch from lavender/fougères to white florals. Fracas seems to represent the most extreme case, so femme it’s almost woman-as-drag-queen, but tuberose in general crops up again in again in the answers of both male and female perfume lovers, as the ultimate transgression of gender boundaries (for men) or expression of exacerbated femininity (for women). Certain types of woody-ambers and fresh-aquatic-metallic notes, because of their clichéd use in masculine fragrances, also veer towards the male end of the spectrum; leather, vetiver and strong terpenic notes (the drier cedars, incense) also lean towards masculinity but are considered freer of gender stereotyping and thus, adopted by men and women both. Chypres (green, aromatic or leather rather than fruity) seem to occupy a middle ground.

I’m no perfume historian, but looking back, I get the impression that the olfactory gender divide, though it sprung for the industrialization of perfumery at the turn of the last century (once products were given “proper” names and sold in especially designed bottles, they had to be marketed to a specific public), established itself more firmly as the industry as marketing took over between the mid-70s and the mid-80s. I can’t tell the age of the people who responded here, but I can guess that many acquired their first knowledge of fragrance during that decade or afterwards. The 80s were an era of big perfumes: padded-shoulder powerhouse fougères like Paco Rabanne pour Homme (1973) or Azzaro pour Homme (1978) and clear-the-room florals like Chloé (1976), Giorgio Beverly Hills (1981), Ysatis (1984) or Poison (1985). So it makes sense that the perceptions of what represents masculine and feminine notes were forged at the time.

As for myself, I can only remark that my own tastes extend from the outrageous femininity of tuberose to Jicky, sexually ambiguous because though it is a fougère, and contains a prominent lavender note, it probably comes too early on in the timeline to have settled into the later masculine clichés. It seems paradoxical by the way that modern perfumery -- historically more directed towards women – began with Houbigant’s Fougère Royale, which would go on to sire a masculine aromatic family… Or that the greatest best-seller of all time, Chanel N°5, was the brainchild of the woman who contributed the most to the blurring of sartorial gender codes. Or that one of the blockbusters of the marketing era, Thierry Mugler’s Angel, bears the name of a creature supposed to be sexless…

Perhaps perfume, being other – that’s not the way any of us naturally smells – is the ultimate way of taking in the Other and blending it into our own personas, whatever our gender or sexual inclination. After all, as I’ve written before, fragrance is nothing in the bottle: it needs skin, air, noses and brains to truly exist. We perform our perfumes, each of us bringing in our stories; perfumes become part of those stories. Masculine, feminine, yin and yang: the possibilities are endless. Now go out and play!

The winners of the Womanity sample draw are Winn and Tarleisio. Please contact me with your details at graindemusc at gmail dot com.