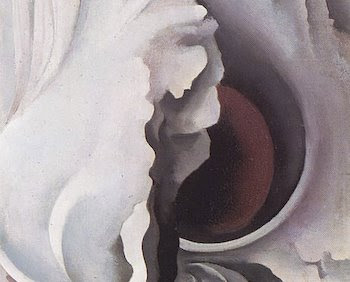 About a year ago, someone from Parfums Panouge tracked me down and phoned me about smelling the Iris Gris I’d blogged about on The Perfume Shrine. I was easy enough to find, since I’m in the book and I’d written I found my bottle in Paris.

Parfums Panouge had just bought the license for Jacques Fath fragrances, and they were considering re-releasing Iris Gris. This was fabulous news, since it’s one of the very best fragrances in history.

I immediately told Luca Turin, who answered it should be feasible with the new cheaper orris butters (I suppose he was thinking of the Biolande product, which takes a lot less time to make than the traditional stuff). I also told Jacques Polge, who was more skeptical.

I never met with the Panouge people: I had to cancel our appointment because of a last minute business trip and they never called back.

And as it turns out, Polge was right. The Scented Salamander has recently published a lengthy post about the “new” Iris Gris, which pretty much boils down to this: there isn’t going to be a new Iris Gris.

First of all, because the “modernized” formula is nowhere near the true one. No peach. And peach is what made the difference. Bergamot, wisteria, pink pepper, sure, but not a smidge, at least in the notes, of good old aldehyde C-14, aka undecalactone, aka peach lactone, aka Persicol. You know, the one in Mitsouko? Why anyone at Panouge thought that skipping on it would make the scent more modern escapes me. Iris Gris couldn’t be more modern. In fact, if it turned up in the Hermessence line, everybody would be shouting “genius”.

And as a matter of fact… Fabrice Biré of Parfums Panouge also told The Scented Salamander that, lo and behold, the name Iris Gris had been registered by Hermès. Not a short while ago, though, as he states, but decades ago according to Octavian of 1000fragrances. Odd no one checked on that at Panouge before deciding to go ahead and buy the Fath licence. Merde happens, I guess.

So that Panouge had neither the name nor the formula (since they needed to find people who owned the original to figure it out) of the crown jewel of the brand they bought.

The alleged reason for not reissuing Vincent Roubert's Iris Gris in its original, or as close to its original version as they could make it, is the price. Though I’m sure enough people would have been ready to pay through the nose for it, given its legendary reputation and the sheer beauty of it – it pretty much drives most of the stuff that’s sold at premium prices into the ground.

I can’t see Jean-Claude Ellena doing a copy of Iris Gris. So we’re pretty much screwed on this one. The closest thing, again according to Octavian, would be to smear yourself with peach-scented lotion and spray on some Iris Silver Mist. Or, as Tania Sanchez suggested somewhere, to drip some Persicol into Iris Silver Mist until you get the dead ringer.

This is no reflection on the new Irissime composed by Marie Salamagne, which will be released by the revived Jacques Fath: for all I know, it’s superb.