My Top Ten Perfumes for Summer 2009 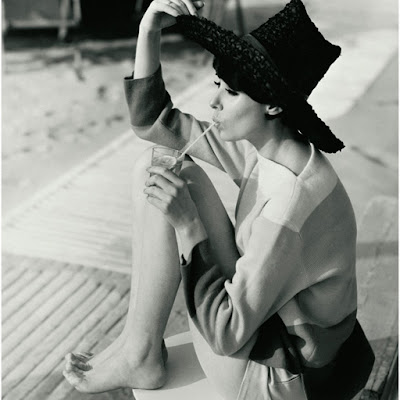 There are really two schools of scenting in the heat: beat it with cool stuff, or fight fire with fire and bring on the heavy hitters.

I am decidedly a member of the second school. Perfumes blossom on moist flesh: as they rise in the heat, they display more facets than at any other time of the year… Practically anything, bar the caramel-dipped gourmands – which I never wear in any season – is fair game for skin time in July. I’ve even been rediscovering Poison, of all things unholy… Which made it hard to keep this list down to ten. Here are the ones I’ve been spraying my hair and décolleté with most often, so far.

Manoumalia by Sandrine Videault for LesNez: Tropicals are a natural in summertime and this triple hit of moist, creamy, frangipani blossom and milky sandalwood, whose hint of sweat segues beautifully with dirty, earthy vetiver, is as good as it gets short of booking a flight to Polynesia. Lush and rough as the jungle.

Amoureuse by Michel Roudnitska for Parfums DelRae: This one’s tuberose-on-ginger lily action is just about as close to indecent as you can get this side of Muscs Koublaï Khan. Mandarin aldehydes brighten the deep, man-trap thrum of the sandalwood and honey base. Love at first lust.

Ensoleille-moi by Mathilde Laurent for André Gas: I discovered this one while writing a short book on Gas Bijoux for the 40th anniversary of the French costume jewelry house. André Gas’s story, from the Paris Beaux-arts school taken over by students and workers during the eventful month of May 68 to the glamorous beaches of St-Tropez where he started hawking his ethnic-inspired lucky charms, is enthralling. The Gas family was lucky enough to nab Mathilde Laurent in between her stint at Guerlain and her nomination as Cartier’s in-house perfumer. They have pretty good olfactory taste to start with: André favors Kiehl’s Original Musk while his daughter Marie wears Fracas…

Ensoleille-moi, which, loosely translated, means something like “Sun me up”, is a deceptively simple blend of bergamot, ylang-ylang, Polynesian tiaré blossom, coconut lactones and amyl salicylates. The latter ingredient, formerly used in French sunscreens, is the very smell of Riviera beaches: monoï. But as sunscreens smells go, this is the most lavish on the market, with a lash of 10,000 euro-a-kilo tiaré absolute and Guerlain-quality ylang: the Ensoleille-moi concentrate costs twenty times that of most mass-market fragrance, for the mainstream price of 68 euros a 100 ml bottle. A summer in St-Tropez and Mathilde Laurent’s talent are thrown in.


Santal de Mysore by Serge Lutens and Christopher Sheldrake for Serge Lutens: One searing August day as I was walking under the arcades of the Galerie de Valois, coming out of the Salons du Palais-Royal, I caught an unmistakable whiff of Santal de Mysore. The milky smell of sandalwood, smeared with Lutens’ trademark sweaty cumin and caramelized benzoin, takes on an almost buttery quality that melts on hot skin. If you can’t fight the heat, join it.

L’Éther by Olivia Giacobetti for IUNX: In theory, Giacobetti’s ethereal scent environments are so far from my too, too solid flesh that I shocked my friend O. by getting a bottle – but the prickly saffron-rose-myrrh vibration, underlain with incense and de-materialized sandalwood, grew on me every time I walked into IUNX’s sole point of sale, the boutique of the hotel Costes. An abstract, luminescent out-of-body experience.

Eau de Cologne by Jacques Polge and Christopher Sheldrake for Chanel: I’m no great fan of citrus on my skin, and my summer vitamin needs are entirely met by this perfect version of the secular Eau de Cologne. A pared-down Cristalle, sexed up with green-sweet-indolic neroli, anchored to skin with a lash of musk. It doesn’t last much, but, hey, newsflash: cologne isn’t meant to. I would drown in this gladly.

Le Parfum de Thérèse by Edmond Roudnitska for Frédéric Malle Éditions de Parfums: Edmond Roudnitska’s composition for his wife Thérèse almost came out several times – it was slated to be Fidji by Guy Laroche in 1966 when the couturier unexplainably changed his mind, then was on the verge of becoming a Dior release. We can thank the gods of Grasse that Frédéric Malle was the one to convince Thérèse and her son Michel to release the formula. Otherwise, the scent would’ve probably gone the way of the other classics, whereas with Malle’s commitment to quality, it shimmers from the tangy mandarin top notes to its lush jasmine heart. If you’re going to do fruity florals, do it the Roudnitska way. Pure joy.

Musc Nomade by Isabelle Doyen and Camille Goutal for Annick Goutal: Isabelle and Camille’s fourth entry in the Orientalistes series strikes just the right balance between clean and dirty musk in translucent, overlapping strokes. The tangy, crystalline quality of ambrette is what makes this light enough for summer wear; muscone lends a salty, feline note to the blend. Easy to wear and easy to love.

Beyond Love by Calice Becker for By Kilian: I could’ve named Frédéric Malle Carnal Flower or Serge Lutens Tubéreuse Criminelle just as easily, because my holy tuberose trilogy is a staple for summer nights. There’s something narcotic about the minty greenness, lactonic coconut and rubbery undertones of tuberose. Calice Becker’s rendition is probably the closest thing to being next to a stem of them at dusk.

Vol de Nuit by Jacques Guerlain for Guerlain: It may seem counter-intuitive to dab on a vanilla and tonka-rich extrait in a heat wave, but when the temperature rises above 30°C (86°F), Vol de Nuit sheds its retro trappings and stretches its resinous galbanum emerald flash on its golden jonquil heart for hours. There’s so much going on in the meantime – including a leather undercurrent – that you’ll just have to go and experience it yourselves. By all means do so: Vol de Nuit seems to be one of the poorer sellers of the classic Guerlain line-up, and it needs all the love it can get.

For more Summer Top Tens, click on these links: