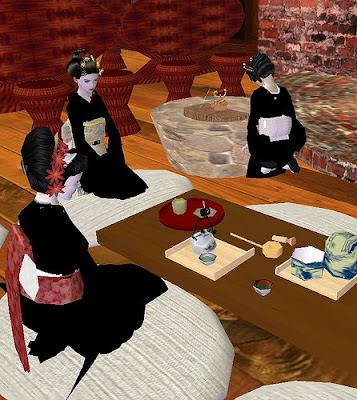 Is the olfactory travel memoir becoming an overworked trope in perfumery? L’Artisan and Hermès are already working the genre; “We-travelled-to-the-remotest-islands-to-bring-back-the-rarest-essences” is a standard of press releases; Bond N°9 has cornered the neighborhoods-of-a-metropolis market. Armchair-travel fragrances are a way of breaking with the perfume = woman (or man) equation, I suppose. And Guerlain certainly knows how to hook up these olfactory urban snapshots with the skin they’re intended for: these definitely aren’t glorified room sprays.

I’ve never been to Moscow, so I can’t tell the way chic Muscovites actually smell, but to me, Paris-Moscou is basically what Carrie Bradshaw would waft if she had married the Baryshnikov character and were sitting in a bar somewhere near Red Square sipping a Cosmopolitan, wearing Sarah Jessica Parker Lovely. This fragrance, authored by Randa Hammami, is a new installment of Guerlain’s new girly red berries and musk style: in this case, redcurrants, woody musk and a pretty, undefined anisic floral, sitting in the trademark Guerlain tonka bean and vanilla base. But the texture is notably lighter than the chewy Little Black Dress, and much less sweet than the Carnal Elixirs. Quite pretty and probably considerably less complicated than your average Russian beauty.

Paris-New York takes a page from Jean-Paul Guerlain’s Aqua Allegoria Winter Delices – unsurprisingly, since this is also a Jean-Paul Guerlain fragrance. The scent is meant to conjure New York before Christmas: its pink bay and cardamom sprinkled on cedar give it the most overtly masculine vibe of the trio. Oh, and stop the presses! There’s vanilla. Again, the scent has a light, quietly shimmering, ethereal texture: a sprinkle of snowflakes rather than a full-on Guerlain…

Paris-Tokyo opens with candied lemon and ginger swirling in a green tea so realistic you literally feel the raspy tannin on your tongue, tiny jasmine buds unfurling lazily in the cup … The scent is sweet, but like the nectar of flowers rather like than cotton-candy. Who knew the great Annick Menardo could compose in such a quiet and delicate mode? But despite its minor-key style, Paris-Tokyo leaves a clear olfactory imprint on memory, possible because of its tactile effect.

Easily my favorite of the three: with its tart-sweet harmonies and cool-hot ginger, this would make a wonderfully refreshing heat-wave fragrance…

P.S. Word on the street has it that Thierry Wasser’s first great feminine launch, Idylle, is an innocuously pretty young floral… More soon.