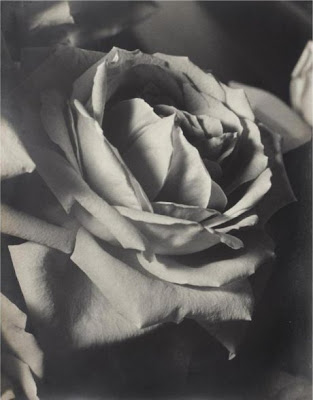 And the name of the rose is legion. Though their scent is practically synonymous with the very idea of a conventionally good smell (in French, “it doesn’t smell of roses” means it stinks) and with perfumeness per se (can you name one classic that doesn’t feature it?), roses can smell of practically anything: bergamot, laurel, pepper, raspberry, linden, tarragon, vanilla, myrrh, musk, moss, or even wine… It is the latter aspects that the great Édouard Fléchier, not a man to stint on his florals (he composed one of the broadest-shouldered in history, Poison) chose to emphasize for Frédéric Malle.

Une Rose is the Queen of Flowers on a grand, almost scary scale, complete with thorns and roots, the earth still clinging about them. A wine-y, honeyed flower – the scent famously features a wine dregs note – firmly planted in the earthiness of vetiver and patchouli. But God knows what was buried in that earth: surely this rose is of the flesh-eating variety, with its vaguely human truffle accord and its leather-like lash of castoreum. The blue chamomile, with its slightly animalic, heated-field-in-summer smell, intensifies the carnal density of the composition.

The ground Une Rose is planted in is anything but firm: it emits a low-pitched hum, almost a seismic growl. The base – which Luca Turin, who should know, identifies as Givaudan’s Karanal, “the most angular woody-amber known to man” – actually feels like it’s sprouting thorns. There’s something prickly and spiky pushing through that rips the rose right out of its potential prettiness to unveil its cannibalic beauty.

This is a rose to be handled with gloves. I wouldn’t love her any other way.