Galop d'Hermès: the Amazon gets cleavage 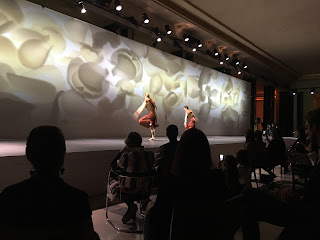 In France, Hermès is more than a luxury brand: it’s practically national heritage. As a result, so much is riding on Christine Nagel’s first major launch as its new in-house perfumer that it’s very difficult to assess Galop d’Hermès for what it is, a scent, rather than a palimpsest of past influences, current competitors and future aesthetic stances.

For instance, branding Galop as a “floral animal”, a tribute to the “animal within each of us”, and picking leather as one of its two main notes, are both gutsy moves and reassuring messages (no fruitchoulis or ouds in this house, young lady, thank you very much). They may also be sly pre-emptive strikes at a direct competitor whose maiden collection comprises two leather-driven scents.

As an olfactory form, Galop d’Hermès moves from a limpid overture to liqueur-smooth richness. Straight out the gate it’s tempting to see a segue from Ellena’s trademark grapefruit in the sulfurous cassis bud that dominate the top notes. But the plush powdery rose that blooms almost immediately seems to channel the hug-me, powdery-musky jamminess of 90s classics – Nagel worked on a confidential Mille et une roses for Lancôme that riffed off the genre. In Galop d’Hermès, it melds with leather to yield a velvety, petal-and-peach-skin texture.

Is it brand-induced synesthesia? Though the ad’s color scheme runs to sand, greige and ivory, Galop conjures the house’s signature red and orange. Discreetly playful though perhaps not quite as kinetic as the name implies, the scent is elegant, bold in an old-money sort of way (leather has never been a popular note), eminently grown-up but simple enough in its cut to feel contemporary. 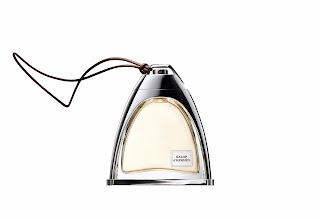 Considering its price point (to be fair, the gorgeous stirrup-shaped bottle is refillable) and concentration (extrait), Galop d’Hermès may not yet be the house’s bid for a feminine pendant to its masculine blockbuster Terre d’Hermès. But it offers a house that’s enjoyed, since the nomination of Jean-Claude Ellena, the extravagant luxury of an olfactory style, a dimension somewhat neglected since 24 Faubourg: cleavage.

Ilustrations: Choreography by Angelin Preljocaj for the launch of Galop d'Hermès, my photo, and packshot of the bottle, courtesy Hermès.