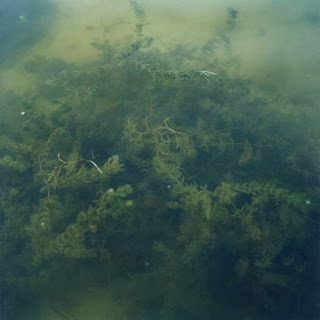 A few weeks ago, writing about Byredo 1996, I mentioned that visuals were the new frontier for niche: a threshold brands must ask themselves whether they want to cross. And that they must deal with in specifically niche terms, rather than measuring itself up against the mainstream by reproducing its codes.

Maison Martin Margiela is not niche, of course. The fashion brand is owned by Diesel. The fragrance license is part of the L’Oréal portfolio. But though, as a fashion brand, it can draw on a visual corpus, it has a peculiar relationship to image since its founder, Martin Margiela (no longer with the brand), never showed his face: the design studio that succeeded him is entirely anonymous. Even the label was, for a while, nothing but a blank rectangle – it went on to bear numbers indicating the various MMM lines, but no logo.

Untitled straddled the line between mainstream and niche-ish – from the olfactory standpoint, it could have been a Prada, since it is authored by Daniela Andrier. The name, echoing the “anonymity” of the brand’s designers, playing on modern/contemporary art codes – MMM’s designs are often conceived by translating gestures invented by artistic avant-gardes into the vocabulary of fashion. The lab bottle, with its typed label, is definitely within the niche vocabulary.

The Replica series moves more boldly into this territory, with its “reproduction of familiar scents and moments of varying locations and periods”. A source of inspiration that may well be as old as Après l’ondée (1904), but whose process was formalized in the 90s by Christopher Brosius (first with Demeter, then CB I Hate Perfume) and L’Artisan Parfumeur under the creative tenure of Pamela Roberts, then adapted by Hermès with the “Jardins” collection.

“Replica” has been a MMM line since 1994, when the house started reproducing garments found in flea markets, “with a special tag detailing its origin, its function and its era”, the brand site explains. This approach may be seen as a hybrid of the ready-made and appropriation art.

Shifting this process to fragrances raises a specific set of issues. The Replica collection, launched in 2012, is based on olfactive memories. But whose? Martin Margiela – whose sole actual brief for a fragrance is a mysterious patchouli scent, never commercialized – is long gone. The “memories” one learns from the L’Oréal team, are provided by “le créateur”, i.e. MMM’s anonymous studio of designers. But unlike Replica garments, these memories cannot be literally reproduced by cutting a pattern based on the piece and sourcing the closest possible fabric. Short of mind-melding, the perfumers who translate those moments into fragrances offer their interpretations of the mood boards provided by MMM.

Who is to say, for instance, whether Carlos Benaïm’s “Promenade in the Gardens, Oxfordshire, 1986” reflects the experience that inspired it? And who cares? It’s lovely. In it, the IFF perfumer conjures the humid green-mossy-floral haze rising from thriving vegetation after a summer shower. The core floral accord is very classically French – rose and jasmine, in this case Sambac – but fairly non-specific, possibly because it includes a “freesia accord” (with orange blossom + violet + fruity notes, freesia is something of a “chuck it all in” floral note).Vetiver dominates the green notes, with a tart crunchiness faintly reminiscent of rhubarb.  It adds an attractive splash of yang to the floral yin, an effect I love in Le Labo Ylang 49. Though its rooty, smoky aspects are very muted, this is what gives Promenade in the Gardens its character and charm. (The second series of Replicas also features Lazy Sunday Morning by Louise Turner of Givaudan and Jazz Club by Aliénor Massenet of IFF.)

What’s interesting about these new Replica launches is the “apparatus” devised by MMM/L’Oréal: the principle of the mood-board has been turned on its head. The famously blank MMM label has become a screen onto which fragrance aficionados are invited to project “moments close to their hearts, where details call upon an olfactive and sensorial intimacy, as perceptive as they are recognizable”, as elements of an “evolving and collective memory”. In other words: if a Replica fragrance conjures memories for you, you can upload a picture on Instagram using the #SMELLSLIKEMEMORIES hashtag, or directly on the Replica Tumblr account.

As a way of engaging consumers, it’s a clever move. It also neatly solves the issue of visuals via crowdsourcing – though the first pictures were provided by professional photographers, but also the perfumers themselves. It is also a way of exposing the very mechanism by which we appropriate a fragrance, by weaving it into our own story. By inviting us to upload an image of our personal experience, sharing other people’s, Replica fulfills the function of fragrance as a social media.

Picture: "Promenade in the garden" as seen by Anne Schwalbe on the Replica Tumblr account.