Tonka by Réminiscence: Of beans and bees 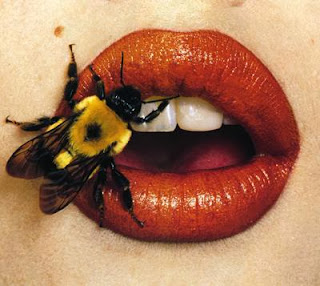 If any brand can lay claim to setting the niche solinote template, it’s Réminiscence. The hippie-chic costume jewelry house founded in Juan-les-Pins in the wake of the Summer of Love, bringing you their big, musty, proudly uncut Patchouli since 1970. In France, the brand has nabbed such a cult following it’s up there at N°18 in Sephora’s best-selling lines, even though it’s coming up against luxury behemoths.  Now Réminiscence is poised for a relaunch, with no less of a consultant for the fragrance branch than the formidable Chantal Roos, who was part of the team that launched Opium and who, as the first C.E.O. of the Shiseido-owned Beauté Prestige International, created the Issey Miyaké and Jean-Paul Gaultier perfume brands.

Tonka, the first scent created in collaboration with Roos, shows the brand hasn’t forsaken its earthy roots. Firmenich’s Fabrice Pellegrin has teased the eponymous bean to pull a lick of anise out of its liquorish and almond facets, providing a bit of action in the top notes. But mostly, he’s brought out the yummy chewiness of tonka by dipping it into a robust, full-flavored honey.

“Honey” could just as well have been the name of this fragrance, if it hadn’t been taken by Marc Jacobs for a fruit salad that’s one of the few juices that’s ever managed to piss me off at first spritz. With its gourmand, floral-friendly and slightly animalic facets, honey has been showing up in quite a few products made by Firmenich, which produces an absolute: Tonka and Honey, but also Boucheron’s new Place Vendôme by Nathalie Lorson and Olivier Cresp, L’Eau d’Issey Absolue¸ also by Cresp, and possibly Pellegrin’s own Volutes for Diptyque.

Though it shares the latter’s honeyed tobacco effects, Tonka is its polar opposite: it has the oily heft of a liqueur, its mouth-burning sweetness cut through with the underlying bitterness of the tonka bean, which comes out most clearly about two hours into the development. The honey note hooks up with jasmine – as it does in L’Eau d’Issey Absolue – to produce a golden, sticky nectar.

The new catchword in the industry is “addictive”, and Tonka certainly is. It’s a zaftig skin-licker of a scent, as sexy as a harvest-goddess hippie chick selling gingerbread in an outdoor market in Provence.