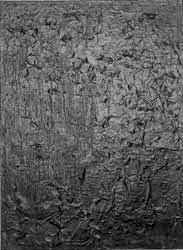 When Christian Astuguevieille and his team were invited to speak about Comme des Garçons Parfums at the Institut Français de la Mode in September, we discussed which fragrances we’d give to smell. We settled on Comme des Garçons Eau de Parfum, Odeur 53, Garage, the “nameless perfume” (aka “the Blobby one”), Black and Sugi.  The first three were no-brainers; so was the last since it was being launched a few days later. But I wondered why Astuguevieille had picked Black by Guillaume Flavigny (Givaudan)

Granted, Black is one of the brand’s most recent launches. Like the Play trio, which also, somewhat confusingly, features a scent called Black, it’s paired off with a fashion line; it’s also the name of two recently-opened CdG boutiques in New York and Paris. Still, because we were showing Black we had to drop the iconic Incense series since the notes were quite similar.  So I decided to ask Astuguevieille the question in front of the audience: why Black? He answered that it was conceived as a quintessence of CdG’s olfactive style, and almost like a new “institutional” fragrance, two decades and 71 perfumes after that first one by Mark Buxton. Whose brief, by the way, was already all about black, echoing Rei Kawakubo’s groundbreaking, post-apocalyptic collections in the 1980s.

“Imagine you’re in an exotic country. You’re by a pool. It’s filled with black water. It’s so hot you decide to jump in anyway. The water feels so good you never want to come out. What would this smell like?” The result was Comme des Garçons Eau de Parfum, “a perfume that works like a medicine and behaves like a drug”, said the tagline…

True enough, Black falls squarely into the olfactory territory staked out by CdG pretty much before any other brand: incense, spices and woods, defiantly un-prettified. Unlike the Incense series, it is non-figurative and non-narrative.  The matrix of Astuguevieille’s approach is transferring to perfumery gestures initiated by the artistic avant-gardes (ready-mades, collages, détournement or installation art). Black could fall under monochromes, a “genre” initiated with the all-black “Combat de Nègres dans un tunnel” presented as a prank in 1882, formalized by Malevich and Rodchenko after WWI. These monochromes, whose forerunners might be the figurative Red and Leaves series, are fairly recent in the CdG corpus: they include the Play and Blue Invasion trios, as well as Wonderwood (an all-wood olfactory monochrome) and Amazingreen.

Black reads like a shopping list of smelly synonyms for charred: black pepper, incense, leather, liquorice, birch tar… Neither clove nor guaiac wood are mentioned but feel as though they ought to be there, down to the vanillic smoked-meat effect of the latter. The brand website calls it an “emergency”, “guerrilla-like” scent (which is also a tad confusing – or consistent? – since there are already two fragrances called Guerilla in the line). The scent straddles the line between the distressing smell of things burnt to the ground and the gemütlich waft of a fireplace, with a hint of church thrown in.

The name and notes are reminiscent enough of Serge Noire to warrant a side-by-side. This brought out an aldehydic opening I’d never noticed in the Lutens; it’s also definitely more cuminic and a tad sweeter. Overall, Black is a tougher, more peppery take on the color, and the cumin-phobic will definitely find this an easier wear than Serge Noire. I also find it more wearable than Play Black because it has neither that hint of fougère that tugs the Play towards the masculine register nor the diesel fumes of oxides, often a migraine trigger for me (yes, Chloé, I’m looking at you).

Overall, then, Black does fulfill its brief, re-stating and streamlining the CdG codes. Though incense has since become a trope of niche, you could say no brand owns it more. They were, after all, the first to remind us the word perfume comes from the Latin for smoke. It this CdG rebooted?