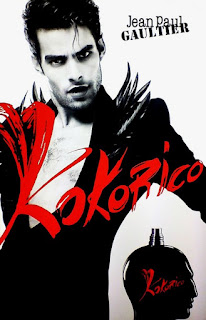 As this post is coming up, the gala dinner celebrating the 20th anniversary of the Fragrance Foundation France will still be under way at the Salle Wagram near the Arc de Triomphe.

The French Fifi Awards are now divided into 12 categories. Ten are given out by a college of 806 jurors selected among every field of the industry.

In the “distribution sous enseigne propre” category (fragrances only sold in the brand’s shops), L’Occitane nabs the award for Best Feminine Fragrance for Pivoine Flora, while Yves Rocher gets the Best Masculine Fragrance award for Comme une Évidence Homme Green.

The two Prix Grand Public, given out by 20,500 members of the public voting on internet who were offered a choice between the 15 top-selling fragrances of 2011, go to: Amor Amor Forbidden Kiss (Cacharel/ L’Oréal Luxe) for Best Feminine Fragrance and Hugo Just Different (Hugo Boss/ Procter & Gamble Prestige) for Best Masculine Fragrance.

The Experts’ Award is given out to a product sold in less than 100 points of sale in France (i.e. niche and exclusive lines) by a jury composed of beauty editors, evaluators from the major supply houses and bloggers (Octavian Coifan of 1000fragrances, Sixtine Drossard of Ambre Gris, Nicolas Olczyk of Parfums, Tendances, Inspirations and myself).

A note on the selection process for the Experts’ Award: as in the two previous editions, a short list was compiled from the jurors’ pre-selection. In 2010/2011, we re-smelled and discussed the fragrances by name, which gave each juror the opportunity of defending her top choices, and of swaying fellow jurors in favor of more challenging compositions.

In this year’s edition, the 30 “long-short” list fragrances were smelled blind. Though this is a much more objective process – a cross between a consumer panel and an assessment by supply house evaluators – it tended to favor individual assessment over general discussion and favor legible products with pleasing top notes over more complex compositions that give out their best when experienced over several hours.

This isn’t to say Orange Sanguine isn’t a lovely fragrance: it is. I just feel that given a chance to defend creative perfumery, we might have put forward something a tad more challenging.

Which is why I’m delighted to salute the other finalists: with two fragrances in the short-short list, Céline Verleure’s brand-new Olfactive Studio confirms its status as a major player, and with Myrrhiad, the maverick Pierre Guillaume shows he can more than hold his own against big-house perfumers like Olivier Cresp!

After dinner, the guests of the Fragrance Foundation were asked to vote directly with their smartphones for the best fragrances of the past 20 years, picked among the winners for best feminine and best masculine from 1992 to 2011.

Best Feminine of the past 20 years

Narciso Rodriguez for Her
by Christine Nagel and Francis Kurkdjian

Best Masculine of the past 20 years