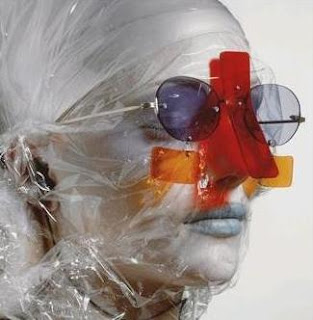 If I were to list the stuff I'm mostly wearing, I'd be repeating myself, so I'm focusing on what caught my attention recently (or what I went back to for a second sniff...)


Hermès Eau d’Orange Verte, a classic match of citrus and minty, raspy green notes, composed by the great Françoise Caron early on in her career. An instinct-driven perfumer who claims she still can’t read a formula – but of course, who needs chemistry when your family’s been working in the perfume industry for several generations in Grasse – Caron says she found the accord after four or five mods. The result is as obvious as a thing born from nature, and a summer staple.
Parfums de Nicolaï L’Eau Chic. I find the geranium-mint combo in Dominique Ropion’s Géranium pour Monsieur a little nose-searing. Patricia de Nicolaï’s take on the accord tones down the mint so that the aromatic (lavender and Roman chamomile), woody base comes out more strongly. As clean, chic and easy as a crisp white cotton shirt.
Eau d’Italie Le Jardin du Poète. A delicate rendition of the garden of Marina Sersale and Sebastian Alvarez Murena (the owners of Eau d’Italie) in Positano, based on the almost floral scent of a green orange. The most interesting thing about Bertrand Duchaufour’s composition is its developments, which goes from the moist, green, shady patches of the garden (rose, cyclamen, lily-of-the-valley) to the dry chypre base (hay, moss, immortelle) which forms its background – the background landscape being a focus for Italian Renaissance painters. Olfactory form meets Italian pictorial content. Brilliant.
Parfums d’Orsay Bois de Coton. Olivia Giacobetti has a magic touch that turns her fragrances into intensely emotional, vivid scented environments. Bois de Coton is a room spray that smells of white linen bed sheets and the silky, silvery sheen of driftwood – actually a combination of aldehydes, dry-as-bone iris and oak. I’ve been spraying it obsessively on towels, bathrobes and sheets, but I think it would work well as a personal fragrance sprayed on clothing.
Technique Indiscrète Safran Nobile. The young Belgian designer Libertin Louison could have been fashion’s new boy wonder. He decided he’d rather be a perfumer. Safran Nobile, a take on the note that is much easier to wear than L’Artisan Parfumeur’s stunning Safran Troublant by Giacobetti, was inspired by the wedding of a friend to a young man who turned out to be an Indian prince, and their saffron-sprinkled banquet. The medicinal, leathery, almost sour notes of saffron are tamed and softened here with milky rice notes and musk.
Parfumerie Générale Indochine. Some of Pierre Guillaume’s scents are so gourmand they make you feel like force-feeding him candy. But his soon-to-be launched Indochine manages to stay on the right side of sweet: the dark Laotian honey and the sweet powdery milkiness of benzoin are offset by Kampot pepper and the smokiness of tanakha, a sandalwood-smelling, traditional cosmetic preparation. A stunning, Far-Eastern variation on the oriental genre, whose resinous, spicy wafts express themselves beautifully in the heat – but it will certainly transition well into fall, when it is launched.
By Kilian Sweet Redemption. For me, summer wouldn’t be summer without the intoxicating scent of white flowers. To my seasonal staples Vamp à NY, Nuit de Tubéreuse and Carnal Flower, I could easily add the glorious orange blossom and balsamic Sweet Redemption, Calice Becker’s second, still playful but more grown-up take on the flower for the Oeuvre Noire collection.
Profumo Italia Sharif. It may sound counterintuitive to wear such a high-density, leather-balsamic-civet composition in the hotter months (though the Parisian summer hasn’t been so cool since 1980), but after all, these are the smells that wafted from desert tents and Ottoman caravanserais for centuries, so if it’s good enough for the people who invented the science of perfumery, it’s certainly good enough for me. I’ll be reviewing Sharif very soon.
Yves Rocher Pur Désir de Fleur d’Oranger. A whiff of Elie Saab Le Parfum had me moaning out loud to the lady sampling perfumes next to me at my local Sephora that Yves Rocher did a better orange blossom (by none other than Annick Menardo) at one fourth of the retail price. A cheap thrill, bracingly citrusy in the top notes, baby-aspirin tart in the heart. Great for layering, lovely on a pillow.
Cartier L’Heure Folle. Raspberries are one of the few fruit the agro-business hasn’t found a way to mess up by making it bigger, shinier and sucking all the taste out of it in the process. So I’ve been gorging myself on bowls of them while they’re in season, never failing to sniff each spoonful to get the violet and the green raspy notes. L’Heure Folle, Mathilde Laurent's tribute to Mûre et Musc, gives off that natural feeling. It’s probably the only berry scent I can wear: a Pointillist rendition of the fruit in all its facets, leaves, twigs and thorns included.
For more Top Tens of Summer, get thee to:
Bois de Jasmin
Now Smell This
Perfume Posse
Perfume-Smellin' Things
And watch this spot for a special announcement sometime next week.
Illustration: Issey Miyaké sunglasses by Irving Penn, 1995
Posted by carmencanada /Grain de Musc at 08:07