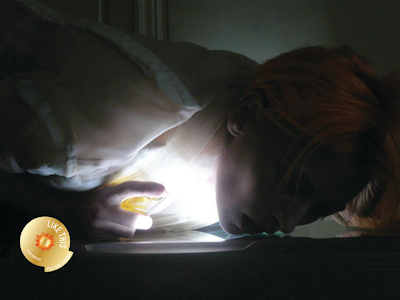 On May 5th the Fragrance Foundation France announced the laureates of Les Parfums 2011 awards.  Six awards were given out by the public, and… well, you know how it goes? You can fool some of the people some of the time?
That Belle d’Opium by Yves Saint Laurent won best feminine and Bleu by Chanel won best masculine nearly put me off my food.
Balenciaga Paris won best bottle for a feminine, which I can absolutely live with; Voyage by Hermès won best bottle for a masculine, which was totally deserved.
Best campaign for a feminine was awarded to Trésor in Love by Lancôme; for a masculine, to Force Biotherm Homme.
The Specialists’ Award narrowed down to three finalists:
L’Heure Fougueuse by Mathilde Laurent for Les Heures de Parfum by Cartier;
Nuit de Tubéreuse by Bertrand Duchaufour for L’Artisan Parfumeur
And the winner is… Like This by Mathilde Bijaoui for Etat Libre d’Orange
Like This, who’d started out an outsider in the debate, nabbed the award, which shows a definite bias towards perfumers named Mathilde, since Mathilde Laurent won both last year’s Specialists’ Award and Perfumers’ Award for La Treizième Heure, which was a serious handicap for nabbing another prize this year.
I spoke briefly with Mathilde Bijaoui who confirmed that Tilda Swinton had indeed been genuinely and deeply involved in the development of the perfume. Stay tuned for more on the topic…
In a near repeat performance of last year’s awards, the perfumers had at least one finalist in common with the specialists out of a 100-strong long list.
The Perfumers' Award finalists:
Like This by Mathilde Bijaoui for Etat Libre d’Orange
Oud Royal, Giorgio Armani
And the winner is… Womanity by Mane for Thierry Mugler, art-directed by Pierre Aulas
The Board of the Fragrance Foundation France also gave out an award to Romano Ricci for Juliette Has a Gun, though I’m not entirely certain whether it went out for Not a Perfume or to the brand itself – I admit I was so flabbergasted at that point I couldn’t catch what was being said onstage…
Posted by carmencanada /Grain de Musc at 02:24