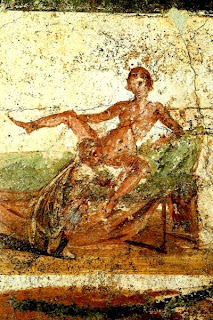 Mr. Guillaume and I have never really been on speaking terms. I ordered minis of his first series three years ago, didn’t pay enough attention to them (through no fault of his), couldn’t keep up with the pace of his releases (over 30 in, what, six years?), got exasperated by his hard-to-navigate website (the presentation part has been fixed, the online shop is still a little frustrating with its numbered, unidentified “collections privées”) and even more by his “invitation only” fragrances (I’d appreciate at least having descriptions on the site). In my grumpier moments, I even doubt (surely unfairly) that the handsome youth depicted on the site as Pierre Guillaume is in fact Pierre Guillaume; the sheer output sometimes make me suspect (again unfairly, I’m sure) that there is more than one perfumer at work here, though several fragrances share a common style.

Fortunately, Octavian has generously allowed me to decant from his Parfumerie Générale minis so that I could have an idea of what’s going on, perfume-wise, in the heart of France – the Guillaume labs are in the lovely volcanic region of the Auvergne, more renowned for its mineral water than for its fragrance industry.

I thought I might as well start with the latest, Felanilla, for no other reason than that the name oddly suggests lewd oral ministrations performed in Ancient Rome, somehow involving felines (throw those Christians to the lions!) under the reign of Caligula.

The effect, upon first spray, is that of a crème brûlée eaten with a silver spoon out of a silver thimble. The overpoweringly metallic note is provided by orris and a liberal dose of saffron; the result is the least foody vanilla imaginable. The silver spoon effect, so intense it’s almost detectable on the tongue, gradually recedes after a few hours into a warm, animalic base: amber, smoky vanilla, hay-tobacco. Octavian compares it to Coty’s Émeraude in liquid nitrogen; I’ve been thinking more along the lines of Guerlain’s Guet-Apens/Attrape-Coeur (down to the banana-like note) given a scarily close shave (that saffron-metal note almost hints to blood). Either that or it’s the lion’s claw spearing that vanilla pod. Fascinating.

The latest update: This evening I spoke with a fellow writer about Pierre Guillaume. As it turns out, I was paranoid and grumpy. The handsome young man whose picture is up on the Parfumerie Générale website is indeed Pierre Guillaume, and he is the perfumer, and if he ever reads this, I flatly apologize!