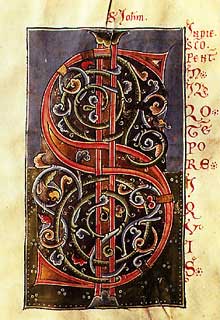 Are the stories Serge Lutens writes to go with his fragrances fragments of a book-in-progress that might never be? Somehow one gets the feeling they’re starting to interest him at least as much, if not more, as the actual perfumes. Some, like the texts of De Profundis and Vitriol d’Oeillet, are cryptic and pun-filled. The ones for Jeux de Peau, Santal Majuscule and the upcoming travel atomizer “Vaporisateur tout noir”, are intensely personal and self-disclosing reminiscences of childhood.

Of course, sending out bits of his imaginary world and life story at the same time as his fragrances is consistent with the fundamental stance of his house. His collection is predicated on his aesthetics and persona: with or without a written extension, the perfumes are in and of themselves emanations of Serge Lutens.

In the conversation we had for The Perfume Lover, Serge Lutens told me his sources of inspiration were now more literary than olfactory, a statement he’s since repeated in interviews. The story that goes with Santal Majuscule is therefore not about “santal”, but about “majuscule” (i.e. "capital", as applied to letters). It tells how the little Serge was mocked by a stern schoolteacher for putting capital letters to certain nouns, an incident from which he derived a sense of pride, and even a religious metamorphosis:

“Pride must be celebrated. Thus the boy, clad in armor and perched on his horse, along with a terrible princess in full mourning dress, pictured himself arriving at the Coronation Mass to the sound of thundering hooves, just at the moment of the transubstantiation, that very moment when the priest holds the host up to the cross, to the one agonizing on it.”

Transubstantiation is pretty much what perfume is about: transforming a peculiar combination of essences and chemicals into something that embodies your soul. After De Profundis, this last paragraph shifts Lutens’s inspiration from Orientalism to childhood reminiscences of Catholicism…

Beyond representing the third sandalwood-themed fragrance in the Lutens opus, Santal Majuscules seems to carry, like Jeux de Peau, these childhood memories in its very construction. With its toasted notes, Jeux de Peau was about the warm bread little Serge brought home on his way back from school; the lactonic notes alluded to apricot jam, while many reviewers detected a whiff of chicory. Santal Majuscule adds a cocoa note to its classic sandalwood and rose accord, which also feels like a reminiscence of childhood. The scent itself, presented with a Latin quote attributed to saint Teresa of Avila – “don’t obey my orders; obey my silences” – is indeed rather taciturn compared to other Lutenses.

It is both smoky (but less than Santal de Mysore) and sweet (not as much as Santal Blanc), slightly liquorous. Its silky-powdery texture folds in the rosy, creamy aspects of sandalwood with the rose, while adding a slight milkiness to the cocoa note. As Victoria points out in her wonderful review for Bois de Jasmin, the sandalwood and rose accord evokes the scent of skin; to me, it is the core of what makes vintage Schiaparelli Shocking such an indecently feminine fragrance. Santal Majuscule could be a pared-down version of it, with cocoa standing in for civet as an animalic note. But it plays its little music sotto voce, with none of the feral growl or baroque distortions of other Lutens fragrances.

Oddly unspectacular in its dusky tenderness, Santal Majuscule is a sandalwood that may seduce lovers of the note, while enticing those who – like me – find some of its interpretations a little too difficult to stomach. Since Santal de Mysore has been a summer staple and my reserve of the original bottle is dwindling, I’ll be turning to Santal Majuscule for my fix, while waiting for the next installment of Mr. Lutens’s cryptic, elliptical autobiography… This time it’ll be about his mother, the "terrible princess in full mourning dress".


Santal Majuscule is in the export line. It is already sold in Paris at the Palais Royal and will be launched world-wide in September.
Posted by carmencanada /Grain de Musc at 09:00