Aedes de Venustas, Bertrand Duchaufour's "crazy accord": an interview and a draw 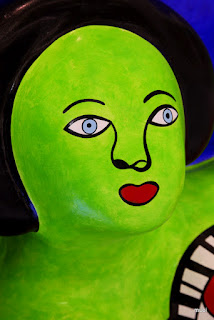 For several weeks during the development of Séville à l’aube, a sharp, tangy green smell permeated Bertrand Duchaufour’s lab. At times, it was so powerful we had to work in a nearby café. This turned out to be “Coeur de rhubarbe” (“rhubarb heart”), the core accord of the signature fragrance Bertrand was developing at the time for Aedes de Venustas, the West Village jewel-box niche perfumery boutique for which he’d already composed an eponymous fragrance in partnership with L’Artisan Parfumeur.

Today, the oddball, jaunty note that overpowered every other smell in the lab has grown into a futuristic rewriting of the green chypre genre which may be ushering in a new phase in the prolific perfumer’s style.

Over the course of our sessions, Bertrand often told me he’d been asked by many clients to steer away from his trademark weird notes, but also that he felt like doing “crazy accords” and that he hoped to convince his clients to accept them. Was he thinking about “Coeur de rhubarbe” and Aedes de Venustas when he said that? I caught him between his promotional jaunt to New York to launch the fragrance and a trip to Indonesia to source fair-trade materials, and asked him the question.

Bertrand Duchaufour: Yes, that was the period where I really wanted to do a different style of perfumery, by conceiving another type of accord which would also be a conceptual deconstruction of the accords I bring into play in perfumes. I’d made a few submissions to Aedes de Venustas: straight off, they picked the most deconstructed and the toughest to work on.

Denyse Beaulieu: What do you mean by deconstructed?

BD: In the initial accord, “Coeur de rhubarbe”, the rhubarb which is normally a top note was structured in such a way that it became completely vertical. When they [Karl Bradl and Robert Gerstner, the owners of Aedes de Venustas] selected it, I told myself I’d have to make sure to keep the rhubarb in the top, heart and base notes. That’s what I focused on. From the outset, the rhubarb accord was direct and powerful. It became more sophisticated over the development of the fragrance. I started out with a few very intense green notes and ended up with a dozen raw materials supporting the rhubarb over the course of the fragrance’s evolution.

DB: How did you “sophisticate” those green notes?

BD: I added hazelnut, green apple and ganja effects. I also ensured that vetiver, which wasn’t very present at the outset, would support the rhubarb accord: I strengthened it so that the woody, bitter, rooty notes of vetiver also became vertical, rising up from the base to the top notes.

DB: You’re focusing on the structure of the accord, but the craziest thing, to me, is how violent it is. It’s very incisive.

BD: You’re right. Rhubarb has green, metallic, sharp, acid effects: it’s not green like sap or of grass, which are more common in green top notes. Which makes it very incisive. The rhubarb note is like a green laser beam slicing through the entire structure of the perfume, from top to base notes. Like a very sharp knife slicing a chocolate cake. This creates an intense contrast between the dark incense chypre and the green rhubarb note. What’s crazy is that the green note seems to intensify over the development of the perfume. Vetiver boosts the green effects in the base notes because I made sure it developed bitter, rooty facets.

BD: I re-enlisted incense because it’s Aedes de Venustas’s signature. They couldn’t imagine putting out a fragrance without incense: the first thing I did for them was inspired by Japanese incense. They wanted me to stay within that register, which might become the common denominator of their line.

DB: When I smell Aedes de Venustas, I think of the violence of spring. Something green that comes up through moist, black earth and tears it open when it bursts out.

BD: Yes, you could almost see shoots and roots piercing the earth. After all, vetiver is a root. I’ve managed to make that rooty effect emerge, push out from the inside, up from the base notes. The earthy effects are given by a pretty sophisticated chypre accord. Actually, that’s exactly it: it’s a violent spring. 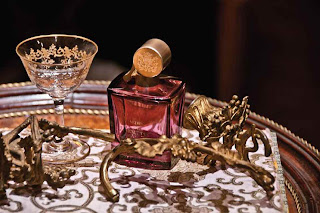