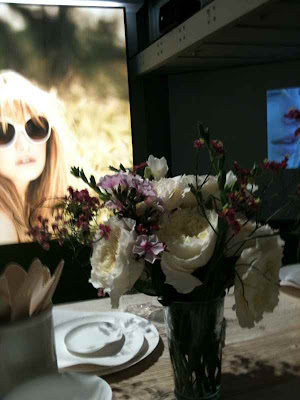 The Chloé series is basically the olfactory translation of the “vintage silk camisole over razor-sharp boyfriend trousers” style pioneered by Stella McCartney: a retro-powdery rose on a dry woods base. The first three offerings played on the now-classic, green-tinged litchi-magnolia-peony-muguet accord (eau de parfum), the contrast between aquatic fruit on top and a powdery violet-iris accord (eau de toilette) and a full-on oriental honey-amber-tonka base (eau de parfum intense).  For L’Eau de Chloé, Michel Almairac (who signed the entire series) has kept the note in the cosmetic register, by sliding from the powder puff to rosewater, whose use in beauty care goes back as far as its first distillation.

Of all the products extracted from roses, it is rosewater, according to Almairac, which reflects the flower’s scent most accurately. How to use it as a raw material in a fine fragrance formula is, however, a thorny problem, since in addition to alcohol, fine fragrances also contain a fair amount of water: adding eau de rose on top of that would make the product unstable. Then Michel Almairac had a brainwave: why not replace the water by rosewater, and add it directly to a chypre base along with the alcohol? It is, he says, a first in modern perfumery, and apparently no mean technical feat.

The hurdle, at least in French, is also semantic. À l’eau de rose is a term used since the 19th century to designate saccharine romantic novels. And with its ingénue romping in a summer field, the ad shot by Mario Sorrenti does flirts with David Hamilton aesthetics –seeing as they were already passé when the parents of Chloé’s customer base reached puberty, they can now be referenced as a charming retro touch.

However, L’Eau de Chloé’s blushing rose chiffon is draped over a chypre backbone, and chypre couldn’t do mawkish if it tried.  Adding enough rosewater to make up one quarter of the final product also has peculiar effects on the balance of the fragrance: the hugely lush, very natural-feeling rose pulls the unsweetened lemonade top note well into the heart, and sustains its rose-ness all the way down to the light (i.e. neither earthy nor musty) patchouli base.  L’Eau de Chloé wears as effortlessly as model/actor Camille Rowe-Pourcheresse’s gauzy dress in the ad, but for all its breeziness, it is extremely stable, practically potent enough to be tasted, and amazingly long-lasting.