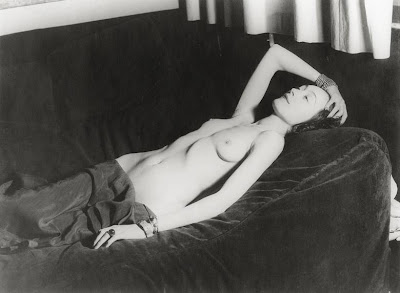 What prompted me to pick up my bottle of Grand Amour this morning? Perhaps the raspy voice of an Italian singer, overheard on a radio across the street as I was opening the windows to a milky morning sky streaked with screeching swallows. Though we never saw each other much, he was the man who told me when I said I was sad: “You’re not sad. You’re splenetic, like all adventurers.” We were speaking French. He used the masculine form deliberately – I was no adventuress. He was a man who knew me, and though his songs speak of “the lady of winter” or of flowers at midnight, I’m thinking of him this spring.

Grand Amour conjures both the exhilaration of full-blown romance and the nostalgic twinge you feel even as you surrender to it – as the mature blossoms surrender their richest scents, they are already starting to wilt… Its thick, creamy, hyacinth and honeysuckle embrace is deceptive: quick, stealthy caresses dart out of that armful of spring flowers spinning round the axis of a blowsy Turkish rose. A shot of green galbanum, with its tiny mushroom-asparagus whiff; a puff of honeyed pollen; an anisic spray of mimosa. The hyacinth lingers well into the crumpled-sheets, milky amber and vanilla drydown, rising in whiffs over twelve hours after application.

Don’t be fooled by its quiet demeanour. Grand Amour is past the stage of giddy declarations. It only needs to say “I know who you are.” And sometimes not even that.

Illustration : Portrait of Nusch, the wife and muse of the poet Paul Eluard, by Man Ray (1928)