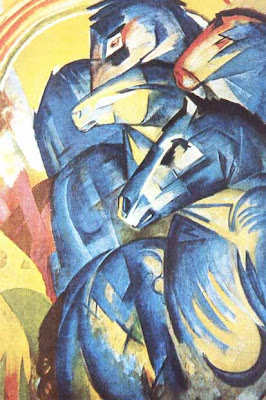 To say colognes are trending would be an understatement. The family has gone viral and mutant, spawning a branch I’ve dubbed the Faux de Cologne that keeps the freshness while veering off from the classic recipe, either by amping up the heart and base notes to make the scent more long-lasting or by introducing non-canonical ingredients like tropical fruit or tea.

Hermès can lay claim to one of the best-loved and most admired traditional-style colognes with Eau d’Orange Verte. It’s also produced one of the great oddballs of the Faux de Cologne family with the rooty Eau de Gentiane Blanche, one of Jean-Claude Ellena’s 2009 additions to Hermès’s cologne collection.

Now Jean-Claude Ellena has come up with another highly original variation on the theme. Though they smell nothing alike, Eau de Gentiane Blanche and the brand-new Eau de Narcisse Bleu both explore bitterness as an alternative form of freshness, something Ellena also played on in Jour. Perfume lovers who found the latter a little too tame might be intrigued by this quirkier scent, while the readers of Diary of a Nose will remember the author mentioning it as a work-in-progress in which he wanted to focus on texture.

Eau de Narcisse Bleu is – almost – in a class of its own. One of its few close relatives is Mathilde Laurent’s horsy, maté-laced L’Heure Fougueuse for Cartier (narcissus is also present in her much smokier Treizième Heure). The flower is no stranger to the classic cologne genre: its fresher floral effects were already used in Eau de Rochas (1970). Ellena tugs on it to make it the core of his scent.

Though not claimed in the Hermès copy, what I pick up in is tea, or rather, a well-steeped tannic bitterness that overlaps with the hay-tobacco zone of the olfactory map where narcissus is rooted. Ellena uses this tannic raspiness to produce a textured effect within the more classic green (galbanum) and orange blossom notes of the cologne. Narcissus also gives off a slight whiff of horsiness a pretty good fit for a brand with a horse and carriage for a logo. After all, during WWII, when there was nothing at hand to decorate the shop windows, they used dried horse manure, according to the director of the Hermès cultural heritage Ménéhould de Bazelaire.

But whatever blue smells like, this doesn’t smell blue. The adjective seems to have been plucked from another development Ellena mentions in Diary of a Nose, Eau de Mandarine Bleue. Its working title was inspired by the Surrealist Paul Éluard’s “The Earth is blue like an orange”. Which somehow makes poetic sense, since Ellena seems to work on his accords much in the way Surrealists produced metaphors, first braiding a daisy-chain of contiguous notes, then skipping as many links as he can while still keeping the smells connected. The blue just rolled off from the mandarin, which became Eau de Mandarine Ambrée, and gravitated towards the narcissus following a groove traced in the 1920s by Mury’s Narcisse Bleu (which had already relinquished its bottle to Jean-Charles Brosseau’s Ombre rose).

The bitter-cozy texture of Eau de Narcisse Bleu is refreshing in more ways than one: nothing could be more of a palate-cleanser after being dipped into vat after vat of fruity caramel by the mainstream. It is engagingly odd, yet its form has the uncontrived harmony of a thing produced by nature. As such, it fulfills the primary purpose of cologne as a bracing, feel-good splash. But this one doesn’t just wake you up in the morning: it follows up with intelligent conversation. I think I’m in love.